Orlistat capsule is an FDA approved weight loss supplement that is also an over-the-counter (OTC) drug. It is suitable for adults who are 18 or above.

Let us now look at how the intake of this drug affects weight management.

Intake of this drug prevents the breakdown of dietary fats that are high in calories by blocking the activity of the lipase enzyme. Lipase enzyme is required for fat digestion. This drug blocks the intestine from absorbing about 25% of fat. The undigested fat does not get absorbed by the body and gets expelled from the body via the bowel movement. Many studies have been conducted to support the effects of this capsule. [1] [2] [3]

A 2011 research study published in the Indian Journal of Endocrinology and Metabolism found the use of orlistat effective in managing weight in obese people. [4] 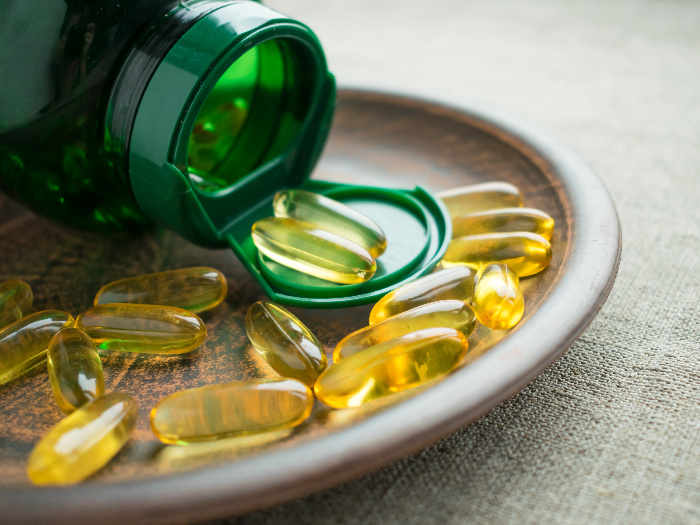 However, according to a 2010 research (journal: Archives of Internal Medicine) a low carbohydrate, keto diet led to similar improvements as orlistat therapy with a low-fat diet. [5]

A 2014 study published in the JAMA journal found that the long term use of this drug along with lifestyle changes may lead to greater weight loss. The drug works alongside a low-fat diet. So, if the fat intake is increased then the effects of this drug may not be the same. [6]

According to a 2004 study published in journal Diabetes Care, Orlistat plus was found to be effective in lowering the incidence of diabetes in people already dealing with obesity. [9]

Side Effects of Orlistat

It can also reduce cholesterol levels so caution needs to be exercised while using this drug especially by those with high cardiovascular risk. [12]

Further regular use of such a drug hampers the absorption of various vitamins and minerals such as vitamins E, D, A and K all of which are required for ensuring optimal health.

By having a low-fat diet one can limit the dietary intake without the side effects listed above.