Pisco may be a new type of alcohol if you’ve never been to South America, but it can also be found and enjoyed in other parts of the world.

Pisco is the national drink of Peru and Chile and is made by distilling wine into a clear liquor. It is commonly known as the liquor in a Pisco Sour, a popular cocktail made with egg whites. This alcohol is naturally gluten-free, and styles can range from 38-48% alcohol by volume (ABV). [1]

This alcohol is in the same family as brandy, which is also made by distilling wine. 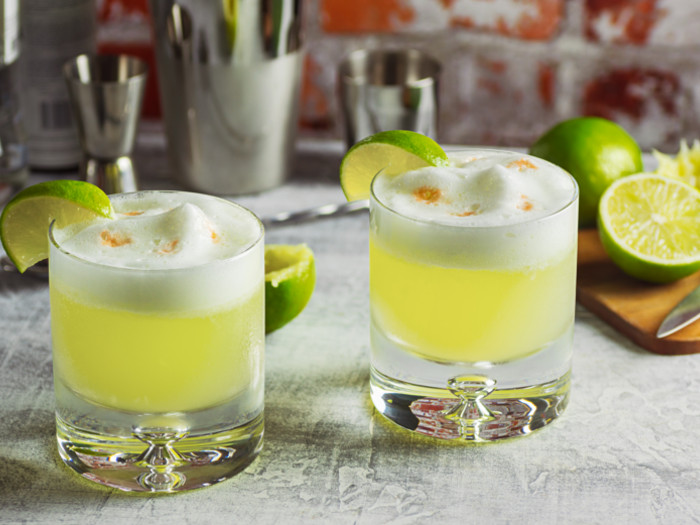 Peru and Chile both claim the name Pisco but maintain differing standards for its production. There are many different types of Pisco, including Puro, Mosto Verde, and Acholado. Let us discuss them in detail below. [2]

The fermentation process is abbreviated for this variety, leaving more sugars. After distillation, it is smooth and easily drinkable.

Made with more than one grape variety. Styles and recipes vary widely by producer according to history and flavor preference.

Chile allows much looser guidelines for the production, resulting in more affordable varieties. While Peruvian Pisco must be distilled to proof, in Chile, they may add water after distillation. With fewer regulations, a taste test may be required to determine a single bottle’s quality!

There are anecdotal health claims about the moderate consumption of pisco.

The risks involved with drinking excessive alcohol can be short term such as violence and injuries to long-term health risks such as chronic diseases. According to the Centers for Disease Control and Prevention, people who should not drink alcohol include women who are pregnant, individuals younger than 21 years of age, and people who are recovering from alcoholism or cannot control the amount they drink. Also, it should be avoided by people who are planning to drive or any other activity that required focus and skill. [6]

Known for its versatility, this liquor can be included in your daily diet in various forms. Macerate fruit with the liquor, use it in a marinade for chicken or beef, or simply enjoy a classic cocktail with this South American classic!

Rate this article
Average rating 3.2 out of 5.0 based on 2 user(s).
Read This Next:
Popular Articles