What is Port Wine & Its Types

Drinking Port wine is popular not only in Portugal but also in other parts of the world and can also offer a number of health benefits.

What is Port Wine?

Port wine is a type of fortified sweet red wine primarily made in Portugal and is commonly known as Porto or vino do Porto. Port wine is a type of red wine, but there are some differences in the way it is produced, mainly that port wine will include the addition of brandy or other alcohols after the fermentation process. Therefore, port wine tends to be higher in alcohol than red wine. Like other wine and alcohol, the port is not necessarily dangerous for you when consumed in moderation. Furthermore, it has various antioxidants and active ingredients that can provide some health benefits. [1]

When it comes to taste, port wine has a sweet flavor, so it is usually considered a dessert wine. Port wine imports tend to be higher than other wines, coming in at roughly 20%, versus 10 to 12% in other wines.

There are a number of different types of port wine including tawny port, ruby red, reserve port, and vintage port, among others. [2] 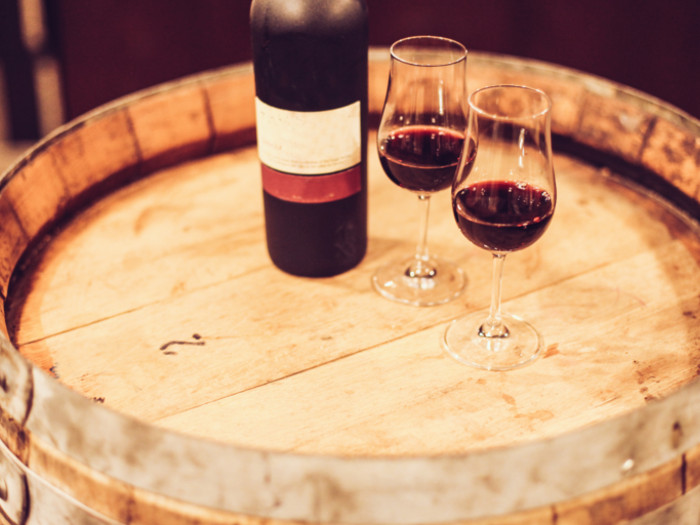 As with most other types of alcohol, the majority of nutrients in port are carbohydrates, which represent 99% of the nutrients. A 3.5-ounce glass of the port contains roughly 165 calories, as well as low levels of calcium, iron, and various antioxidants, such as resveratrol.

Port wine, when had in moderation, offers potential health benefits, including its ability to prevent heart disease, and lower overall cholesterol levels.

There are a number of different substitutes for this popular alcoholic beverage, including sherry, vermouth, and sweet white wine.

When drinking port, be careful to consume in moderation, as with any other alcohol.

Although drinking port can be beneficial for certain health conditions, there are some side effects that you should be aware of. As with drinking any alcohol, the port should be consumed in moderation. Drinking an excess of the port can lead to the following: [8]

According to the Centers for Disease Control and Prevention, people who should not drink alcohol include women who are pregnant, individuals younger than 21 years of age, and people who are recovering from alcoholism or cannot control the amount they drink. Also, it should be avoided by people who are planning to drive or any other activity that required focus and skill. [9]

Also, cooking with alcoholic beverages results in only some loss of alcohol content. Foods baked or simmered in alcohol can retain anywhere from 4 percent to 85 percent of the alcohol, according to a study by the U.S. Department of Agriculture’s Nutrient Data lab. [10]

Rate this article
Average rating 1.5 out of 5.0 based on 1 user(s).
Read This Next:
Popular Articles