Post-Traumatic Stress Disorder affects millions of people around the world in countless different ways, but fortunately, there are a number of home remedies for PTSD, which include the use of holy basil, chamomile, green tea, stinging nettle, valerian, aromatherapy, kava root, skullcap, and dong quai, as well as behavioral remedies, such as social engagement, avoiding reminders of the event, and reducing emotional arousal.

Although Post-Traumatic Stress Disorder is a mental disorder, it can have significant effects on the body, including the immune system and hormonal balance. Green tea is an important immune system booster, and also has soothing qualities that can reduce nervous distress and mental anxiety. Adding green tea extract or regular cups of tea to your diet is an effective way to reduce the symptoms of PTSD. [1]

If you’re looking for strong relaxant agents, which are important for people suffering from panic attacks or nervous episodes as a result of PTSD, kava root can be ideal. It is a powerful, natural muscle relaxant that comes in many forms, including teas, tinctures, and capsules. Use of kava is banned/restricted in many countries, and it may have side effects so consult your health specialist before use. [2] 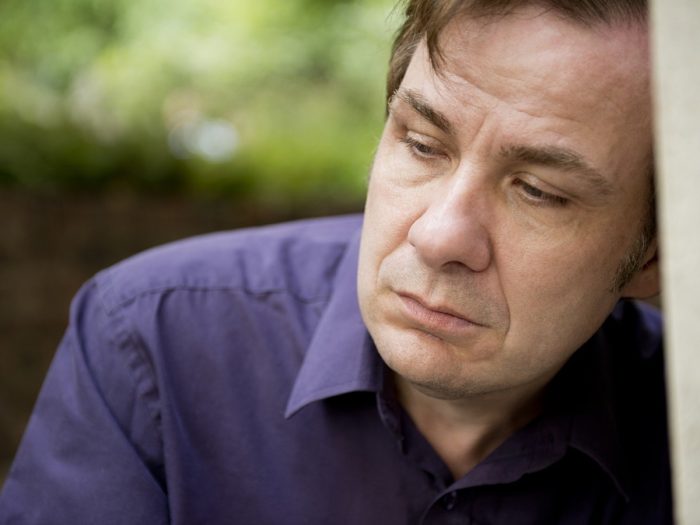 For generations, skullcap has been used in traditional medicine practices to soothe nervous disorders. It has powerful effects on the nervous system and can ease distressing mental states and improve mood, thus preventing the spirals of anxiety and concern so common with PTSD. [3]

It is natural for those suffering from PTSD to shut themselves away from the world at large, either due to the fear of further trauma, or an unwillingness to engage with others. This can lead to depression and even more severe symptoms of PTSD, but actively engaging in social situations and communicating with others can be an effective and enjoyable strategy to lessen the effects of this disorder. [4]

As mentioned, there are numerous physical symptoms of Post-traumatic distress disorder that may arise, including overactive adrenal glands and an overly sensitive nervous system. The ancient Chinese herb of dong quai can effectively regulate the adrenal glands, preventing panic and high-anxiety moments, while keeping the nervous system healthy. [5]

One of the most easily accessible remedies for PTSD is in the form of chamomile tea, which has been used for thousands of years to settle and soothe upset nerves; if you are feeling a “bad” day coming on, the natural compounds of chamomile can quickly relax the nerves and dispel negative thoughts. [6]

This herb is widely used in the natural treatment of post-traumatic stress disorder, as it can regulate the adrenal gland to reduce the production of adrenaline. This is the hormone that is released during stressful or anxiety-inducing situations, and for those suffering from PTSD, the gland can be overactive, resulting in unnecessary flight-or-flight sensations that exacerbate the condition. [7]

While some say that returning to the scene of trauma can lessen the mental stress of PTSD, frequent reminders of your experience, such as watching war movies obsessively after suffering from “shell shock”, can be very damaging and make the condition even worse. Living a normal life with PTSD is much easier if you try to distance yourself from regular contact with traumatic memories. [8]

Although talking about traumatic or painful events can be difficult, bottling up those emotions can be equally dangerous, allowing them to grow to even more intense dimensions in your mind. By speaking to a trained counselor, or even sharing your experience with trusted friends and loved ones, can help to reduce the power that the event holds over you, and forms a support network for your troubled mind. [9]

One of the most effective sedatives in any herbal medicine cabinet is valerian, which is important for the treatment of PTSD. Many sufferers experience insomnia, nightmares, and other restless conditions when they attempt to sleep, so a powerful sleep aid can ensure healthy, restful sleep, and dispel the negative thoughts and obsessive behavior that may accompany this disorder. [10]

There are hundreds of different essential oils and volatile compounds that can be used in aromatherapy, many of which have soothing, anxiolytic, and sedative effects, providing a peaceful, calming experience. If you are suffering from a particularly bad day or a panic/anxiety attack, aromatherapy is a simple and effective home remedy. [11]

There are many natural ways to flood the body with positive endorphins and compounds, but exercise might be the easiest. The energetic rush and endorphin release following a strenuous workout can lower stress hormone levels, and also make it easier to relax and sleep, as a great deal of nervous energy is expended in the workout. Go for a job, play a pick-up game of basketball, or do some high-intensity weightlifting to eliminate those negative thoughts and feelings building up as a result of PTSD. [12]

Highly volatile emotional situations, such as fights, romantic entanglements, physical accidents and stressful events/gatherings can cause PTSD flashbacks or highly charged mental states. This can bring about severe anxiety, and should try to be avoided whenever possible. Remaining calm and collected is crucial to the natural treatment of post-traumatic stress disorder. [13]

A Final Word of Warning: Post-traumatic stress disorder can vary widely in terms of severity and mental side effects. If you are suffering from extreme depression, or dangerous thoughts towards yourself or others, consult a counselor or a medical professional immediately, who will be able to guide you towards a healthy solution or outlet for your condition.

Rate this article
Average rating 3.9 out of 5.0 based on 111 user(s).
Read This Next:
Popular Articles