Are you in the mood for a soothing hot cup of tea? Are you bored with the same old taste and fragrance of green and black tea? Well, if you have answered yes to both of those questions, you have come to the right place. We bring you the one of a kind, quintessential purple tea – a perfect blend of taste, antioxidants, and aroma! And it comes all the way from the high mountains of the Kenyan region. Let’s take a look at it below.

What is Purple Tea?

Purple tea comes from Africa, and to be specific, the Mt. Kenyan region, as already mentioned above. It is a new crossbreed variety from the same tea plant, Camellia sinensis, which gives us all the very famous white, black, and green tea varieties. Mostly exclusive to Kenya, this tea plant can only be grown in cold conditions and high altitudes. This peculiarity of the purple tea plant allows it to utilize the sun rays more efficiently, thereby making it rich in anthocyanins and polyphenols. The high levels of anthocyanins in this tea are the reason behind its purple color. Some may even go as far as calling it a genetic mutation due to its unique color, however, ‘anthocyanin’ is the same antioxidant found in blueberries, giving them their dark blue color, making this tea nothing much out of the ordinary.

The tea made from the purple tea leaves is dark in color and has a slightly purple tint to it. With the rise of global warming and a drop in temperatures, scientists speculate this tea to become the most ideal alternative to the regular green and black teas. This is because it is resistant to frost, drought, pests, and many different diseases, making it a high yielding and less environmentally challenging crop for cultivation. 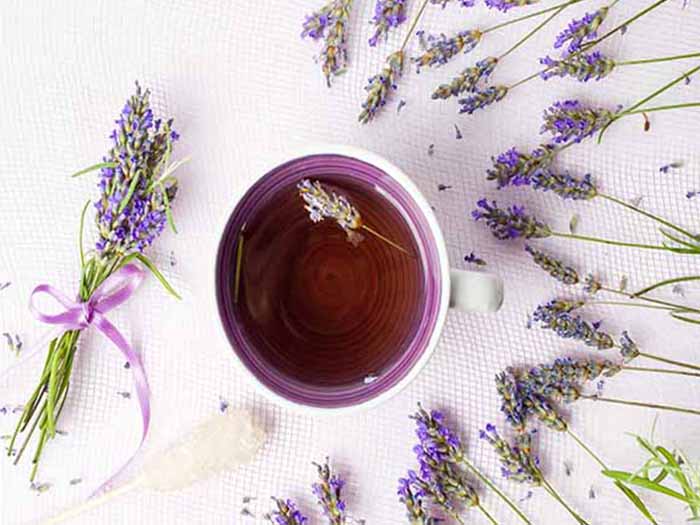 The actual origin of this tea is slightly debatable, as you would hear different things from different people – some say it comes from China, others claim it to have originated in Kenya, while still many others giving India the credit. Having said that, all these nations have developed their own cultivars of the tea. Kenya has developed its cultivar of purple tea called TRFK 303/1. On the other hand, Japan has its cultivar, named ‘Sunrougue’, which is not meant for drinking. Sunrougue tastes extremely bitter and was only developed by scientists to check for its efficacy as an ingredient rather than for drinking purposes. In India, the Assam tea plantation has also made it to headlines for purple tea cultivation. [1] [2]

Due to the rich nutrient content of purple tea, it is known to have certain health benefits. Let us take a look at them.

As per a study published in the Journal of Food Science and Technology, purple tea is rich in anthocyanins and catechins among other nutrients. Anthocyanins give this tea its peculiar color. Not just that, but they are known to help against cancer, improve heart health, and promote cognitive functions. Anthocyanins also help fight free radicals in your body, thereby treating inflammation and reducing pain. [3]

Thanks to the rich anthocyanin content on this tea, it is rich in antioxidants, thereby promoting free radical scavenging activity. As per a study published in 2017, antioxidants in purple tea also help in boosting immunity. This effect of antioxidants lowers the risk of chronic diseases such as heart ailments, cancer, and diabetes. [4] [5] [6]

Those who are looking for a low caffeine drink, Kenyan purple tea is the thing. A study published in the International Journal of Biomedical Science reveals that this tea has comparatively lower caffeine content when compared to the other teas from the same plant such as green tea or oolong tea. Its low caffeine content also makes it a popular choice among those trying to lose weight. [8]

If all these benefits and nutrients still don’t convince you to sip on this amazing tea, then its taste surely will. Purple tea has a woodsy and sweet taste to it. It does not show any signs of astringency when made with warm water and steeped for around 3 minutes. Some even say that the tea gives a flavor between green and black tea, without any grassiness to it. You can also blend it with flavored teas and infusions for a better taste. So don’t wait, go and introduce yourself to this purple wonder!