The history of the cinnamon roll may seem like a masterclass in global cuisine. The Europeans may be credited with the creation of buttery rich dough. The French shaped the buns, the Dutch added the frying, the Germans rolled them with sugar and currants, and the English came up with the Chelsea bun. The cinnamon itself was no native to these countries. It came from the tiny island of Sri Lanka. So, we have a mix of colonialism, global commerce, and the ever-evolving baking traditions of the Europeans.

Today the cinnamon roll is a breakfast staple, often bought along with a coffee from the nearest shop. It’s almost a national institution in Sweden where it has its own day and a festival. Kanelbullar, as it is known in Sweden, is slightly different from its American counterpart. It has a hint of cardamom and does not come with any icing.

It’s easy to see why cinnamon rolls make such a great breakfast. The sweetness is a perfect contrast to a nice bitter cup of coffee. Then there is the recipe, which is best suited to breakfast. The dough needs to rise twice. Once, to let the flour and yeast do their magic, and later to allow the rolled dough to rise and take shape. So while the actual kneading and shaping do not take time, you will need time to allow the dough to rise.

You can roll out the dough a day before, shape it and let it rise overnight. Just pop it in the oven when you get up. Your rolls should be ready by the time your coffee gets brewed. Yes, you can easily buy these from a nearby bakery. So, why bother? The truth is that homemade cinnamon rolls are really special. The buttery dough with its warm cinnamon taste is best eaten warm. 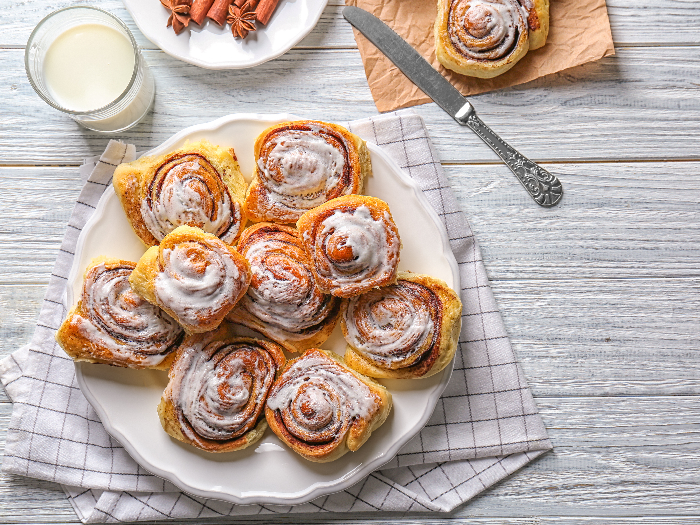 How to Make a Cinnamon Roll?

This is a flexible recipe where you can adjust the spices, sugar, and icing. You can adjust the sugar content according to your taste. Use a generous amount of icing for a rich and special treat or use it sparingly if you want lighter rolls. 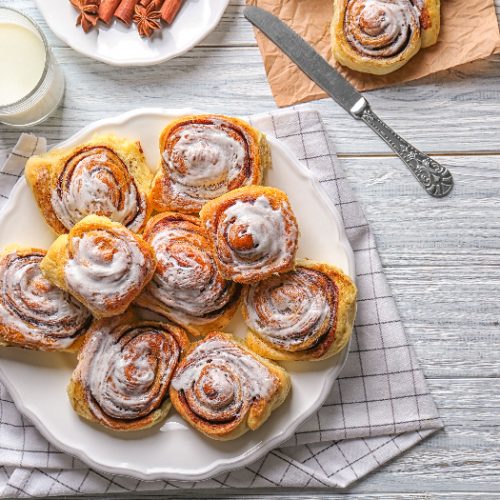 For the Cinnamon Roll

You can follow the same recipe for making the Swedish cinnamon roll. Just add 1/2 teaspoon of cardamom powder to the dough mix. Omit the icing.

Make Ahead: You can make the rolls a day ahead. Follow the recipe till the baking part. Cover the rolls with a kitchen towel or an aluminum sheet and put it in the fridge. In the morning, take out the pan with the rolls and let it come to room temperature before baking. You can also freeze the unbaked rolls for up to 2 months for a ready-to-eat breakfast treat anytime you want.

Connect With Us: If you have tried our cinnamon roll recipe, we would love your feedback in the comments section below. And while we can’t taste it, we would love to see how it turned out! You can connect with us on Facebook or Instagram and tag your picture with #organicfactsrecipes. [8] [9]