With the winter season setting in, we bring you the very special French onion soup recipe! This soup has been quite popular since the times of the Romans. However, the version of onion soup that we are talking about today dates back to 18th century Paris, France. The soup was introduced to the U.S. in around the late 19th century by Marie Julie Grandjean Moquin. It finally went through full-blown popularity in the 1960s in the United States due to the rising interest in French cuisine.

How to Make French Onion Soup?

Made with the perfectly caramelized onions, freshly sourced thyme sprigs or rosemary, and slightly sweet and salty Swiss cheese, French onion soup is then topped off with crusty baguette slices, finally making its tasteful way directly into your cozy December evenings. 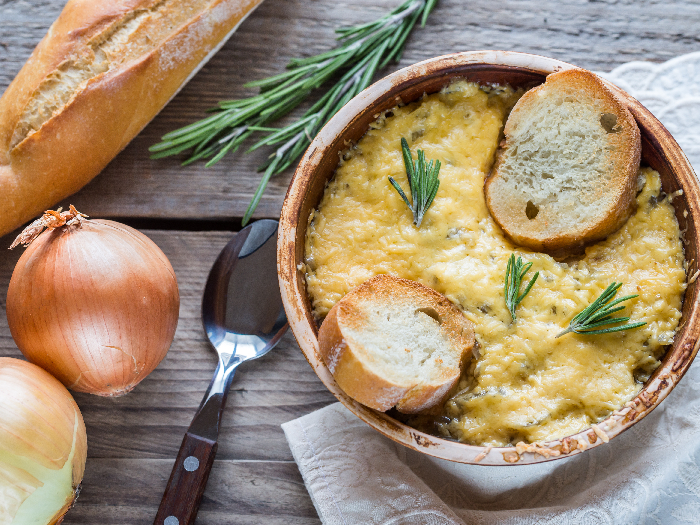 While popular as a starter, this soup can be eaten for lunch, dinner, or any other time you want, thanks to its easily available ingredients and simple way to make it. Let us take a look at the recipe below.

There are also many Americanised versions of this recipe which include the use of the oven to cook onions with varying ingredients, such as a combination of both beef broth and chicken broth in the soup. The recipe mentioned above is that of the classic French onion soup, but you can try your own combinations with different ingredients and cooking methods - and we would sure love to hear about them! 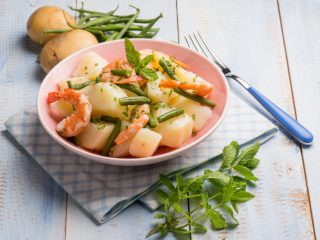 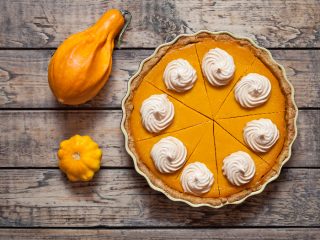 How To Bake The Humble Pumpkin Pie 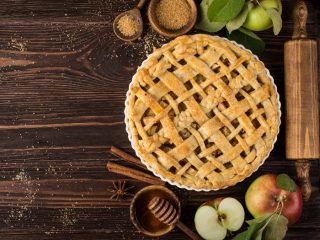 Can there be anything more special and Christmassy than a warm apple pie with a flaky pastry and cinnamony apple filling? Our easy apple pie is best served with ice-cream.