What is Rhodiola Rosea?

There are many common names for this versatile and globally available herb, including golden root, Arctic root, king’s crown, and roseroot, but they all describe the same flowering plant. You can typically find this small, hardy perennial plant in cold regions, including Siberia, the Arctic, as well as northern parts of Asia, North America, Europe, and the UK. You can identify these plants by several stems growing from the same root, topped by small yellowish-white flowers. These plants commonly grow in cliffs or rocky sea regions. Rhodiola rosea has been used for thousands of years in certain traditional medicine treatments due to the high concentration of organic compounds, such as phenols, alkaloids, flavonoids, and quinones. [1]

There have been many research studies conducted on the roots of these plants, as that is where most of the nutrients are found. These roots have been sought out because they can be dried, powdered, and made into a very beneficial tea, which has been used in Indian and Chinese traditional medicines for centuries. It was initially popularized for its impact on stress and anxiety, but subsequent research has identified a number of other health concerns that can be treated with this versatile herb. You can also find Rhodiola rosea supplements in many herbal shops, which is the most popular way of consuming this herb. Now, let’s take a closer look at the many health benefits of Rhodiola rosea. [2]

Some of the health benefits offered by Rhodiola rosea are as follows:

The calming effects of Rhodiola rosea tea have been known for thousands of years. From the stress of life in rural China to the depression-inducing weather of Siberia, this herbal tea has been soothing and calming people for generations. The chemical constituents found in Rhodiola rosea can affect the hormonal levels of the body and induce relaxation. 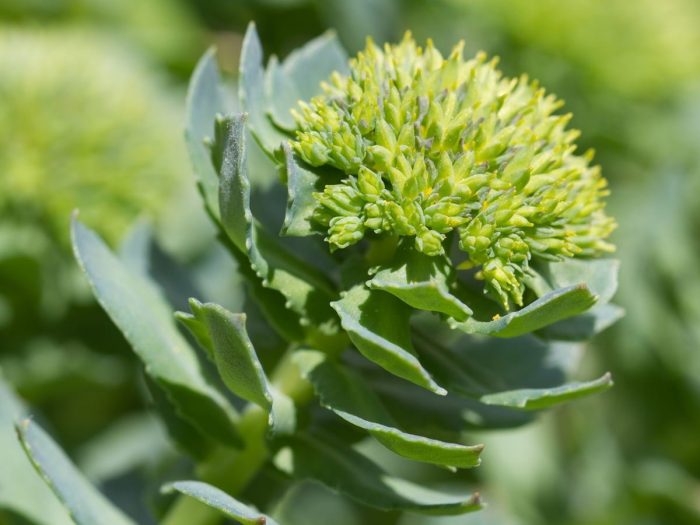 Rhodiola is native to the arctic regions of Europe, Asia, and Alaska. Photo Credit: Shutterstock

One of the side effects of Rhodiola rosea is an increase in energy levels, and for those people suffering from fatigue-induced depression, this herbal approach can be life-altering. For people pursuing alternative medicinal solutions to their depressive symptoms, Rhodiola rosea tea can be extremely effective. Some of the organic compounds in this widely available herb are considered adaptogenic, which means that it can cause long-lasting effects on our hormonal and metabolic states. In other words, it helps in providing relief from depression and chronic stress. In fact, the proven usefulness of Rhodiola rosea extract has led it to be combined with numerous antidepressants on the market, and the results have been very encouraging. [3]

The two health benefits listed above certainly have an effect on the brain and hormone levels that affect mood. But the overall health of the brain is another major concern in modern medicine. Research suggests that Rhodiola rosea can have an effect on numerous aspects of cognitive health, including improving memory and concentration. For the aging populations suffering from the onset of dementia or Alzheimer’s, Rhodiola rosea tea may help boost cognition and memory, thereby keeping your faculties intact for longer as per studies. [4] [5]

Recent research has shown that using Rhodiola rosea extracts and teas can be highly effective for weight loss. The release of adipose tissue is one of the keys to losing weight, and while researchers have been looking for a natural product containing the essential enzymes to do that, golden root has been under their nose the whole time. Essentially, Rhodiola rosea speeds up the fat-burning cells in your body, and when combined with exercise, this can speed up your slimming results. [6]

Some of the active compounds found in Rhodiola rosea have been directly linked with increasing metabolism and stimulating greater circulation of blood and oxygen within the body. When your organs receive more oxygen, they function more efficiently, particularly muscles, nerve cells, and the brain receive the benefit of that oxygen boost! This has even been relied on by professional athletes in Asia and Russia as a safe and legal energy enhancer. [7]

One of the most dangerous substances for our body is already inside of us – stress hormones. By reducing corticosteroids and catecholamines released by the body, we are able to reduce the effects of those hormones on all of our organ systems, including the heart. Excess stress hormones can cause higher blood pressure, heart disease, and dangerous levels of potassium. Research has also shown that Rhodiola rosea can regulate the heartbeat and eliminate heart arrhythmias, as well as a reduction in the chances of atherosclerosis, heart attacks, and strokes. [8]

According to a study of this plant, it has been valued in Mongolia as a folk remedy that may help provide relief against cancer. [9]

In conjunction with the high concentration of antioxidants found in the roots of Rhodiola rosea, it is also known to increase the body’s natural resistance to toxins. Anti-tumor activity is just as important as antioxidant effects, and this herb has been observed to have both of those. A study suggests that it may have anti-proliferative properties and because of the presence of salidroside help prevent the spread of human colorectal cancer. Another study showed that Rhodiola extracts exert anticancer effects against bladder cancer. [10] [11] [12]

However, more human studies are required to confirm the benefits against cancer.

In addition to all of the other impressive health benefits of Rhodiola rosea, it also has a variety of effects on the immune system. This herb can stimulate the production of NK cells in the stomach and spleen, thereby improving the immune response and establishing homeostasis within the body. [13]

In some traditional and modern applications, Rhodiola rosea has also been prescribed for erectile dysfunction and premature ejaculation. This can lead to increased fertility, a boost in libido, and a generally healthier sex life, which comes with its own range of psychological, emotional, and physical health. [14]

Word of Caution: Side effects are quite rare following the use of Rhodiola rosea, but when they do occur, they are typically mild and include insomnia, irritability, chest tightness, and increased blood pressure. As always, before adding a new herbal element to your health regimen, you should consult a trained medical professional, and ensure that you always get your herbal supplements from a trusted herbalist.

Rate this article
Average rating 4.2 out of 5.0 based on 338 user(s).
Read This Next:
Popular Articles