What is Rye Flour & Its Uses

An underdog in the flour world, rye flour comes from the grain of the rye plant. Believed to be the poor man’s food, rye has always been overshadowed by its other family members like barley and wheat. However, it has been quite popular in Russia, Poland, and other Scandinavian countries for a long time, and is finally starting to make its way into the hearts of other countries and households for its rich nutrient profile. Let’s take a look at what is rye flour and how it is used for various purposes.

What is Rye Flour?

Rye flour is made by refining the rye grains or grass. It belongs to the Poaceae or Graminae family and is high in fiber, calcium, iron, sodium, carbohydrates, protein, and fatty acids, as per the USDA FoodData Central. It also contains gliadin, which is a compound that helps in efficiently bringing the bread to rise while baking. Rye flour is also a good source of energy and is rich in alkylresorcinols, which may be good for liver cholesterol. [1]

The carb-rich quality of this flour can make you feel full quicker than usual, which in turn will make you eat less and result in weight loss. Not just that, but rye is also good for the environment because of its deep roots – this helps it to capture nutrients, improve soil health by preventing erosion, and reduce weeds without using any herbicides.

Eastern, Central, and Northern Europe are primarily the biggest producer of rye. There are mainly three varieties of rye flour – light, medium, and dark. This difference in color arises due to the amount of bran left in each post-processing. The flour gets darker as the bran increases in it. The bran layer of the flour contains the most amount of nutrients and therefore the more the bran, the more the nutrients. 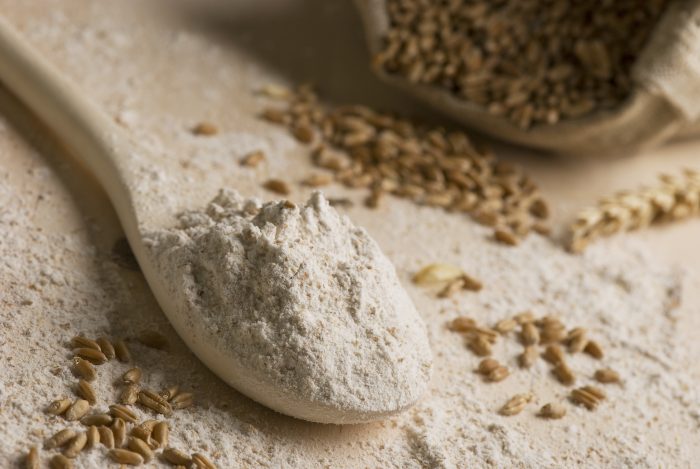 Rye flour holds the Generally Recognized as Safe (GRAS) labeling by the FDA and is commonly used as a flavoring agent in various recipes and more. Let’s take a look. [2]

You can also use it as a substitute for wheat flour if you are looking for a less gluten option.

It is very important to use rye flour which is purchased from a reliable source. If you accidentally end up eating ergot-infected rye, you may experience hallucinogenic effects, somewhat similar to that of LSD. With the modern-day cleaning and milling methods, the risk of ergot is almost eliminated, but caution is still advised as sometimes the contaminated flour gets mixed up in bread and other food items. If you experience nausea, muscle pain, itching, and numbness, then it is advised to see a medical professional immediately, as these are the early signs of ergot poisoning. Without medical attention, it can be fatal. [3] [4]

For those with gluten intolerance or celiac disease, this flour is not suggested, as it contains gluten. There are also reported cases of baker’s asthma; however, more research into this is still required. [5]