Sahti may be a mystery, even for dedicated beer drinkers, but if you have the chance, you should definitely try one of these delicious brews.

Sahti is one of the oldest forms of beer and it is still made in certain parts of Europe. A traditional Finnish brew, it is made with both malted and unmalted grains, such as oats, barley, and rye. Many varieties are also flavored with juniper. It is usually fermented with bakers yeast, which gives this brew unique notes of clove, along with the rich fruitiness of juniper. [1]

Sahti is cloudy and full-bodied, and the aroma of it is heavily floral. While it is not available everywhere in Europe and is difficult to find in import or specialty stores, true beer lovers should make an effort to try this ancient brew. The alcohol content (ABV) ranges from 7-11 percent. 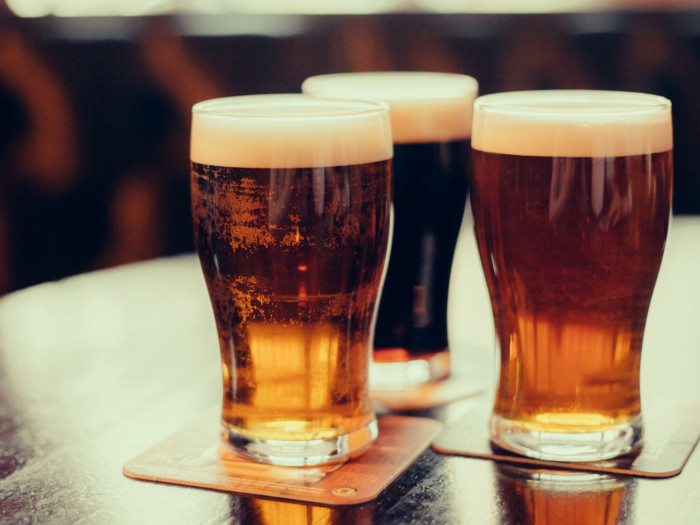 Sahti is a beer made from barley, rye, and oats. Photo Credit: Shutterstock

How to Make Sahti?

It is not very difficult to make sahti, let us take a look at its step-by-step recipe below.

This Finnish beverage is one of the oldest continuously brewed beer in the world. It is a cloudy beer that is brewed with malted grains, juniper seeds, and branches.
0 from 0 votes
Print Pin Rate
Course: Alcoholic drink
Cuisine: Finnish
Keyword: Sahti
Fermentation Time: 10 days
Author: Paromita Datta
[2] [3]

Sahti should be served in a pint or stein glass.

If you make a larger batch and wish to keep it for the future, it should be stored in a dry cellar away from direct sunlight at 4°C and had within two months.

There are several risks involved with excessive consumption of alcohol including violence, injuries as well as the incidence of chronic diseases. Alcoholism and binge drinking is detrimental to your overall health and can undo any possible good things that moderate amounts can impart. According to the Centers for Disease Control and Prevention, people who should not drink alcohol include women who are pregnant, individuals younger than 21 years of age, and people who are recovering from alcoholism or cannot control the amount they drink. Also, it should be avoided by people who are planning to drive or any other activity that required focus and skill. Also, legal rules on alcohol consumption and purchase vary in different countries. [5]