Drinking star anise tea is a tried and trusted way to improve your health in a variety of ways.

What is Star Anise Tea?

Star anise tea is a delicious warm beverage brewed with the fruit of the star anise tree, which is scientifically known as Illicium verum. This tree is native to Asia, specifically in regions of China and Vietnam. Although many people think the tea is brewed with the seeds of this plant, the star-shaped elements with which you brew your tea are actually the hard pericarps of the tree’s fruit. It is easy to mix up the shape and flavor of star anise with aniseed, but they are distinct species and ingredients in a tea. There are multiple variations of star anise, including one that should solely be used for incense, and can be toxic if consumed.

Star anise tea has been a trusted component of Chinese medicine for thousands of years, thanks to its high concentration of organic acids, antioxidants, and other active compounds that deliver a myriad of health benefits.

How to Make Star Anise Tea?

Making star anise tea at home is quite simple, and the ingredients are very easy to find! 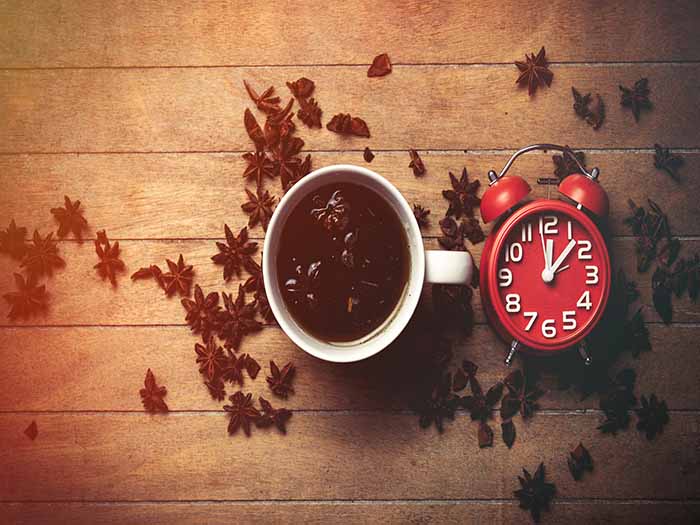 Generally speaking, you should not consume more than 3-4 cups of this tea per day, for fear of potential toxicity or side effects.

Star anise has many benefits, including its impact on the digestive system and immune system, cold and cough, weight issues, and chronic diseases, among others.

The best time to have star anise tea is after meals as it helps improve the stomach health. Photo Credit: Shutterstock

This herb has strong antibacterial effects, even on antibiotic-resistant strains of infections, making it a great ally of your immune system.

A cup of this tea is often consumed after dinner because it is known to speed the digestive process and prevent excess flatulence.

The antioxidant content in star anise is impressively high, meaning that it can prevent oxidative stress. According, to an animal study published in Chemico-Biological Interactions, star anise was found to lower oxidative stress and exhibit antitumor effects against cancer cells. However, more studies and clinical trials are required to support the findings.

Affecting both men and women, this tea can increase virility in men, as well as regulate menstruation and lessen menstrual symptoms in women.

Despite those many benefits, there are some risks to drinking this tea, particularly if you are pregnant or breastfeeding. Women in this condition should avoid this tea.

The powerful effects of this tea also mean that it can interact with other medications. Speak with your doctor before adding this tea to your health regimen.

Rate this article
Average rating 3.8 out of 5.0 based on 26 user(s).
Read This Next:
Popular Articles