All over the world, people are adopting a vegan diet, but there is still a great deal of confusion about what it entails, what restrictions are involved, and whether it is ultimately a healthy choice for your body or not.

What is a Vegan Diet?

A vegan diet is a vegetarian diet that goes a few steps further, to eliminate any products that are derived from animals. As with vegetarians, vegans abstain from eating meat, fish or poultry, but they also eliminate eggs, honey, and dairy products from their diet. As a lifestyle choice, vegans also avoid products like leather, wool, fur, silk and any other products (cosmetic, commercial, etc.) that may have been tested on animals. Some people adopt veganism for a short period of time for health or moral reasons, while others make it a lifelong choice. Its popularity has been rising steadily for the past 20 years. 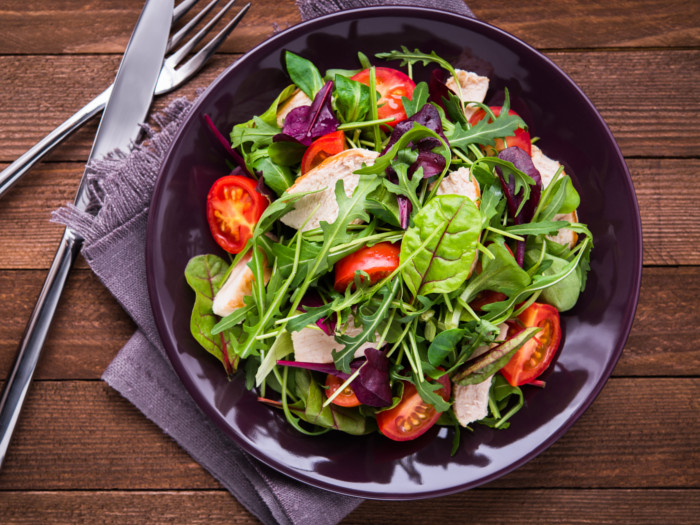 When it comes to nutrition in a vegan diet, dietary fiber, sugars, calories, and carbohydrates are usually consumed in appropriate amounts, but fat and protein can be more difficult to acquire. Protein sources are perhaps the most important thing for vegans but can easily be acquired through beans, tempeh, miso, whole grains, and other popular vegan items. Even so, some people do take additional protein supplements when first starting a vegan diet, as protein is found in much higher levels in meat.

There are also certain vitamins and minerals that are only found in high concentrations in animal sources, such as vitamin B12 and vitamin D. These key nutrients can be acquired through vitamin supplements. The majority of other essential minerals and vitamins can be found in common plant-based sources. Ensuring that there is variety in your vegan diet will help to ensure that you are getting a balanced nutritional load on a daily basis.

Things to Know Before Going Vegan

If you are thinking about adopting a vegan diet, it is important to fully understand what it entails and what may help you be more successful in your transition to this rather strict diet.

Social Life: Although there are many vegan restaurants in the world, there are plenty of times when getting vegan food may be difficult, particularly in another country or a new neighborhood. It can be difficult to remain vegan if you are used to regularly going out with friends for meals or traveling extensively.

Gradual Change: It is not wise to simply become vegan overnight. Gradually eliminating parts of your diet will be a healthier and easier way to achieve the long-term goal of being a vegan. If you cut out all of your non-vegan food at the same time, it can be a frustrating and unpleasant way to begin a new lifestyle chapter.

Guilty Pleasures: There are plenty of ways to enjoy food while on a vegan diet like tortilla chips and salsa dips, which are completely vegan. Most vegan diets are predominantly healthy, so don’t deny yourself the occasional guilty pleasure food.

Nutrient Supplements: Many vegans take nutrient or protein supplements in order to ensure they get their daily recommended intake every day. When you first begin a vegan diet, it is often recommended to use these supplements as your body adjusts.

Pay Attention to Your Body: A drastic change like a vegan diet can take a toll on your body, causing sleep issues, hunger, weak immune function, and other unwanted side effects. Pay attention to your body’s signals in the early days of a vegan diet and take these types of issues to your doctor.

Fake Meat is Fine: It is natural to miss some of the old foods you used to enjoy, but remember that meat-replacement options are only getting better and more delicious, so enjoy your fake bacon and pseudo-steak whenever you want.

Do Your Research: Being informed about the food you are eating, the additives in certain products, and the availability of vegan grocery stores/restaurants is critical if you want to successfully switch to veganism and avoid becoming frustrating and giving up/cheating on the diet.

Find Support: There are countless resources, both online and in the real world, for people who have questions about the diet, or are looking for creative ideas to still pursue their love of food.

There are many reasons why people switch to a vegan diet, but most can be categorized as the desire for better health, environmental sustainability, and moral issues.

Health: Some people look at the implicit health benefits of a vegan diet, as explained below, and choose to eliminate that excessive amount of protein and fat from their diet, knowing that it will increase their vegetable, fiber, fruit, antioxidant and mineral intake.

Environment: The environmental impact of raising chickens, cows, pigs and other forms of livestock is incredible, and is a significant factor in carbon levels in the environment. Also, the impact on arable land, potable water, and basic resources to feed the hungry of the world are enough for many people to choose a vegan way of life.

Morality: Many people believe that killing other living beings is morally wrong, particularly when so many of those animals are kept in inhumane conditions. This moral opposition is one of the strongest factors behind veganism, and most people who choose this diet for these reasons also oppose the use or support of products/companies who rely on animal-derived ingredients or animal testing.

Health Benefits of Being Vegan

According to a paper published in the American Journal of Clinical Nutrition, the health benefits of living on a vegan diet include reduced allergic sensitivity, improved immune function, better heart health, lower risk of cancer, stronger bones, less toxicity, and regular bowel movements.

These benefits are largely due to the reduction in processed foods and more properly balanced protein, fiber, and fat levels. By increasing antioxidant intake from fruits and vegetables, as well as healthy fats from nuts, beans, and grains, the positive health effects of a vegan diet are undeniable.

In terms of variety within a vegan diet, the most popular strategies are the 80/10/10 method, The Starch Solution, the Whole Wheat/Plant-Based Diet, the Raw Approach and the Junk Food diet.

This fruit-intensive diet includes acquiring nearly 80% of your daily calories from carbohydrates, as well as 10% from protein and 10% from fat. Basically, you eat as many whole, raw, ripe and organic fruits, and vegetables as you can.

Similar to the diet above, approximately 80% of calories are acquired from starches, such as potatoes, corn, and rice, rather than fruits. It also recommends 10% of calories from fat and 10% from protein.

This diet includes eating almost all of your food raw or heated at very low levels. The most common foods in this diet are raw vegetables, nut butter, fruits, and crackers.

People on this diet avoid processed foods and prefer whole grains, beans, legumes, fruit, vegetables, and nuts. This is largely considered one of the healthiest and most well-rounded vegan diet methods.

What many people don’t realize is that there are many vegan foods that are not particularly “good for you”, which means that they may have high sodium or sugar contents, but as long as none of the food is derived from animals of any kind, people are happy to eat it. This type of veganism isn’t intended to boost health but is instead chosen for moral or environmental reasons.

When choosing a vegan diet, people actively avoid foods derived from animals, such as meat, poultry, seafood, eggs, cheese, yogurt, milk, honey, and gelatin. However, there are other products and ingredients that are derived from animals that serious vegans will also avoid, such as omega-3 supplements, vitamin D3 supplements, certain candies, beers, wines, and bread products (using poultry feathers), as well as anything that has been fried in animal fat, includes animal-derived enzymes or contains anchovies and egg white albumen.

Paying attention to every ingredient and learning what certain additives are derived from is essential if you want to transition fully into a vegan diet and lifestyle.

Some of the most popular vegan foods are tofu, tempeh, guacamole, falafel, fresh vegetables and fruit, quinoa, brown rice, legumes, nuts, lentils, potatoes, and mushrooms, among many others. Increasingly, companies are releasing vegan products in grocery stores, so the range of potential food items on a vegan diet is steadily growing. Many vegans choose to make the majority of their own meals, particularly in areas with low levels of veganism, so carefully studying your dietary options and accumulating simple recipes is critical.

Game Model Reveals The For United Effort Against Climate Change

A game model designed by scientists has shed light on the unfortunate realities of climate change and global action against it. According to what was observed…