Vitamin K2 is a relatively recent discovery by science, which has for years been looked at as a mystery nutrient, albeit essential. This is a sub-type of vitamin K, which in turn was first discovered as koagulationsvitamin. It was called so since it was found to be responsible for the clotting of the blood. Later research suggests that the vitamin K2 & K2 supplements are important for regulating calcification in the bones and arteries.

The group identified as vitamin K2 is also known as menaquinones. Based on their slightly varying chemical structures, they are identified as MK-4 to MK-13. While it is often pointed out that a restrictive, defined diet might not supply enough vitamin K2 and thus K2 supplements can be used, there are several food sources of which can be included in the diet. The most popular dietary sources of vitamin K2 include natto i.e. fermented soybeans, cheese, and meat like chicken, duck, & beef, especially the liver. 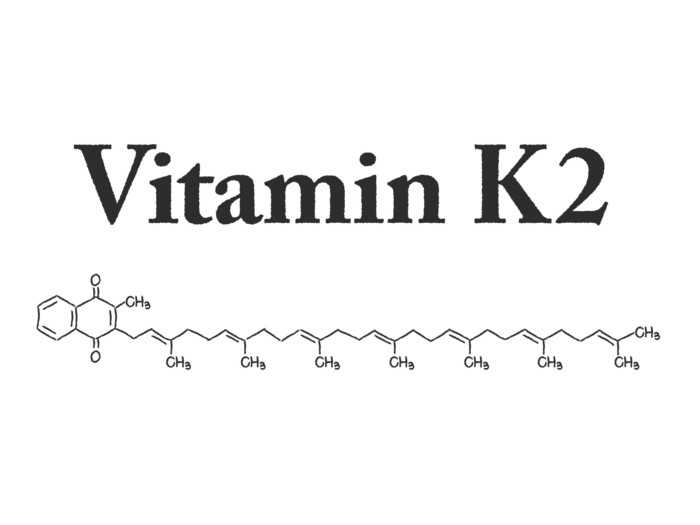 Vitamin K2 or menaquinone is one of three types of vitamin K. Photo Credit: Shutterstock

While vitamin K2 was not always known as a nutrient for bone health, its importance is now recognized. It is certainly important as it supplements the functions of calcium and vitamin D, as noted by a study published in the Journal of Nutrition and Metabolism. It is helpful in maintaining healthy bone mineral density.

Prevent calcification of the blood vessels

On the other hand, it plays a crucial role in preventing the calcification of arteries and veins. Overall, vitamin K2 directs and supervises the deposition and absorption of calcium and the right minerals for the bones.

May lower the risk of coronary heart disease

Apart from this, vitamin K2 can also help with:

While there is a need for further research regarding its effectiveness, this vitamin is also said to have a positive effect on maintaining kidney health.

Side Effects of Vitamin K2 Supplements

According to the NIH Office of Dietary Supplements, vitamin K2 has low levels of toxicity and there are no reported side effects of vitamin K2 supplements.

However, there is a risk of vitamin K2 supplements interfering with your ongoing medications. If you already using any of the following drugs, you ought to consult your doctor before adding K2 supplements to your diet.

Vitamin K and its subtypes are a relatively new discovery and details about their significance in human diet and health are being brought to light through research. Vitamin K supplements are increasingly becoming popular since the vitamin is might not be easily available in the present-day diets in most countries.  Here are some of the vitamin K2 supplements available online and over the counter.

Note: Please consult with your doctor before adding any multivitamin or vitamin supplement to your diet.