Vitamin K2 is a nutrient that few people know about, resulting in a deficiency of this compound in more than 50% of the population.

What is Vitamin K2?

Vitamin K2 is one of the three main forms of vitamin K, along with K1 and K3. Formally known as menaquinone, vitamin K2 is found in far fewer foods than vitamin K1, but is considered much more bioavailable and has a wide variety of health effects. Unlike what some people believe, vitamin K1, which is found primarily in leafy greens, cannot be converted by the body into vitamin K2, although this conversion is possible in some other animal species. Therefore, many people are deficient in this nutrient without knowing it, since it is one of the most overlooked nutrients in our daily diet. [1]

Vitamin K2 wasn’t widely studied until recently, and while the research is still relatively new, there have been confirmations regarding vitamin K2 impact on bone health and blood pressure, among other conditions. There are also nine different forms of vitamin K2, ranging from short-chain menaquinones to long-chain menaquinones. Different food sources provide different forms of this vitamin. Since the food sources of this vitamin aren’t always widespread around the world, or prevalent in everyone’s diet, it is recommended that K2 supplements be included in your diet for maximal health. [2] 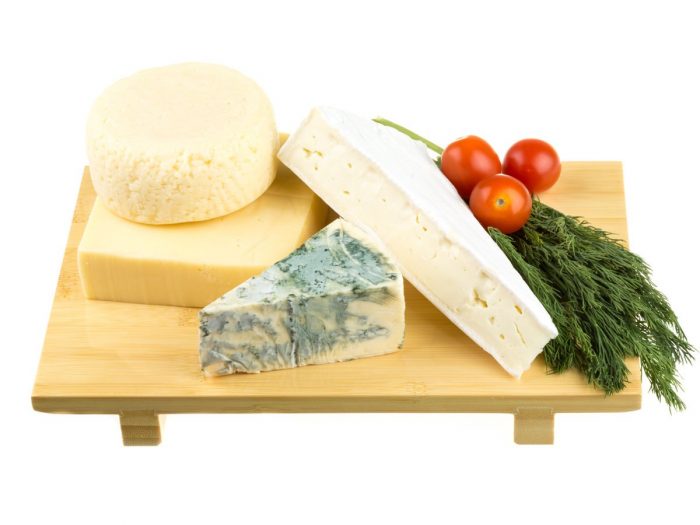 Different types of cheese on a counter Photo Credit: Shutterstock

If you want to boost your intake of vitamin K2, some of the best foods to choose from are fermented foods, like natto, a popular form of fermented soybeans found and consumed widely in Japan. This vitamin is produced as a byproduct of the bacteria or yeast that conducts the fermentation, thus imbuing natto with a huge amount of this vitamin. [3]

There are also some animal sources of vitamin K2, including the following:

In terms of eggs and dairy products, these are also good sources of the vitamin, particularly different types of cheese like Swiss, blue, and Gruyere.

Adding this vitamin to your diet can have a wide variety of benefits that include the following:

Let us discuss the benefits in detail below!

When there is a lack of calcium in the blood, the necessary vitamins can be leached from the bones, resulting in a faster progression of osteoporosis, even if blood tests say otherwise. Vitamin K can help to regulate these levels and keep the minerals in your body where you need them most. [5]

Research has closely linked a deficiency in vitamin K2 to poor dental health, likely due to the regulatory activities of this vitamin in regards to calcium and other minerals. [6]

Studies have both shown a reduction in the spread of liver cancer cells, and a lower initial risk of cancer, in those who regularly consume foods with vitamin K2. [7]

A study published in the Oncology Letters journal shows that vitamin K2 has the ability to inhibit the spread of cancer cells. The study summarized the positive outcomes of the trials conducted on colorectal, ovarian, pancreatic, and lung cancer. [8]

Similar to how this vitamin is able to affect the calcification of arteries and blood vessels in the heart, it can similarly protect the delicate vessels in the brain. This lowers the risk of oxidative stress and damage to our most vital organ. [10]

If you are suffering from a vitamin K2 deficiency, it can be easy to diagnose with a basic blood test at the laboratory, although many people won’t get this sort of test without a worrying symptom. Due to vitamin K’s influence on blood clotting, a lack of bleeding from a wound, or for women, unusually light menstruation, may be an indication that you should see a doctor and be tested for a vitamin K deficiency. [11]

Despite the excellent effects it can have on overall health, there are some considerations that should be taken to avoid side effects, such as dangerous blood-thinning and allergic reactions.

Blood Thinning: Due to the blood-thinning effects of vitamin K, which is great for heart health and arterial integrity, it can cause problems for those with bleeding issues, or for those who are already taking medication to thin their blood. Be sure to speak with a doctor before beginning treatment with vitamin K2 supplements. [12]

Allergies: Unlike many other vitamins, it is possible to develop an allergy or sensitivity to vitamin K2, which may make it more difficult to ensure your body has enough of it. The allergic reactions are usually mild and harmless, however, and there is no risk of toxicity. This is different than vitamin K3 (menadione), which is known to be highly toxic.

Rate this article
Average rating 4.8 out of 5.0 based on 10 user(s).
Read This Next:
Popular Articles