Lard may have developed a bad reputation over the years, but this potential alternative to other cooking oils and fats could give your cooking some variety and extra flavor.

Lard is simply the common term for pork fat, which can be rendered from different parts of the pig. Just as people may use olive oil, butter or vegetable oil as a cooking medium, lard is also a reliable option. For centuries, pork fat was one of the more common cooking fats, but over time it developed something of a negative connotation. [1]

The appeal from a culinary perspective is that lard can add a hearty, meatier element to your dishes than regular butter or plant-based oils. Particularly if the fat is rendered at home, by cooking pork in various forms, the rich flavor and smokiness of the animal fat can be transferred to the dish. [2]

Vegetables like broccoli or asparagus cooked in pork fat are particularly popular, and have been for generations! The versatility of this cooking fat also makes it appealing in the kitchen; from frying up potatoes to keeping a pie crust firm, lard can be both useful and uniquely delicious. 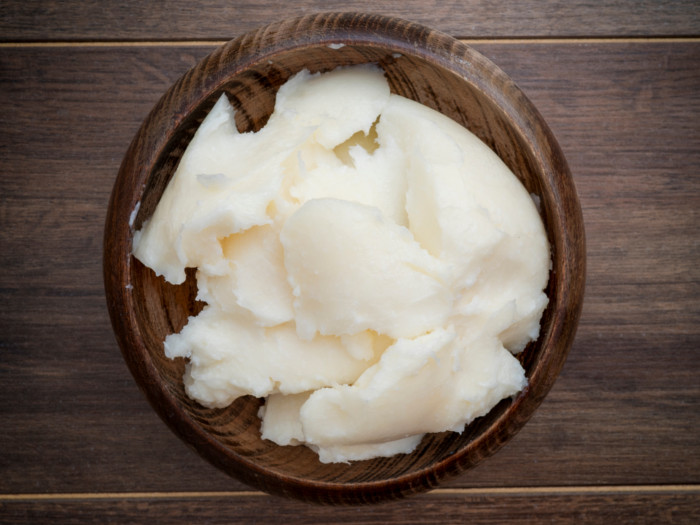 Lard is particularly favored for the preparation of pastry because of the “flakiness” it provides. Photo Credit: Shutterstock

You can purchase lard at the store, although buying it directly from a butcher will likely result in a richer and higher-quality fat.

You can also make it at home, which may give you the highest quality of all! After all, you render pork fat every time you cook bacon in a pan; that residual fat that burns off and eventually hardens is lard, although it is recommended that you strain that liquid before it settles to eliminate any stray particles or bits or char.

However, in recent years, despite its long tenure as a dangerous cause of obesity, pork fat has experienced a resurgence in popularity. As people increasingly move away from trans fats in their diet, lard is once again becoming a viable option alongside some of the healthier cooking oils. The problem is that a lot of the commercial lard available on the market is less healthy than homemade lard, or lard that comes from the butcher. [4]

Lard has a unique nutritional composition for animal fat.

In short, it is not as healthy an option as olive oil, but it can be used to replace butter for a slight nutritional boost. Lard and butter have roughly the same amount of cholesterol per serving. The other point to consider is that the quality of the pork fat, as numerous studies have found, depends largely on the diet and health of the animal itself, which adds an inherent variability to the quality of the product. [7]

Given that pork is traditionally used in certain recipes to achieve a specific consistency or taste, there is nothing wrong with occasionally adding it to your diet, but replacing healthy plant-based oils with pork fat would not be a wise long-term health choice.

Rate this article
Average rating 1.2 out of 5.0 based on 2 user(s).
Read This Next:
Popular Articles