Is Wheat Bad for You

These days, many people are asking an important question – Is wheat bad for you? – and there are a number of arguments on both sides.

Wheat is a globally important grass species that is primarily cultivated for its seeds, and has been a part of human nutrition for more than 10,000 years. This cereal is very high in carbohydrates, which is why it is such a staple food around the world, and it also provides a good amount of protein, albeit not complete proteins that the body requires. There are also some other nutrients and mineral provided by this grain. It is found in thousands of common food items, from crackers and cereals to bread and pasta, sauces, candies, baked goods, and snack foods. It may be one of the most common elements of our diet, but that doesn’t necessarily mean it’s a good thing. [1] 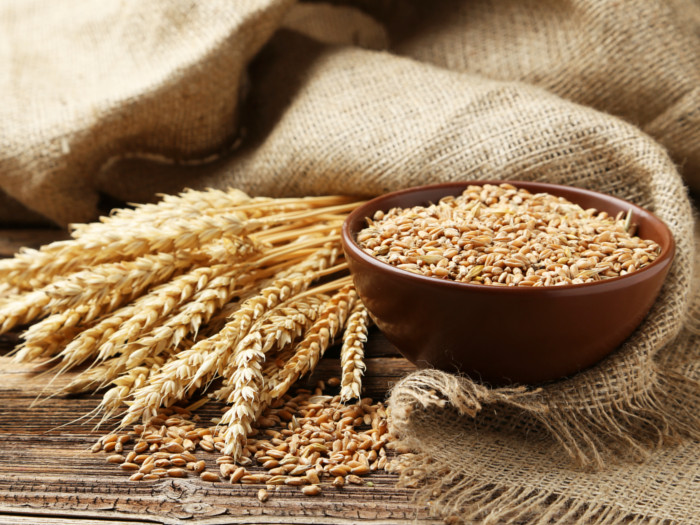 Wheat is a grass widely cultivated for its seed, a cereal grain which is a worldwide staple food. Photo Credit: Shutterstock

Why is Wheat Bad for You?

Wheat can be bad for you if you aren’t eating whole-grain varieties. Also, wheat is very high in gluten, a compound that many people need to avoid, either due to gluten sensitivity or intolerance (Celiac disease). Due to the high carbohydrate level, eating a lot of wheat can cause your blood sugar to spike, which can also increase chronic inflammation in certain parts of the body. The grain also contains a number of compounds, such as phytic acid, that can reduce your body’s ability to utilize and absorb nutrients. The high concentrations of dense LDL cholesterol found in it can also put your heart health at risk, leading to high cholesterol levels and atherosclerosis. [3] [4] [5]

The lowered nutrient intake and some of the other negative effects of these grain products may lead to weak bone density and greater risk of osteoporosis. It has also been linked to increased risk of neurological diseases, such as Parkinson’s. It may also cause sugar-saturated bodies, bagel face, baldness, ticker trouble, and hallucinations. [6]

Foods Where Wheat is Found

You can find wheat in countless different common foods aside from the bread, such as the following:

Having a Wheat-Free Diet

Going on a wheat-free diet is not the same as going on a gluten-free diet, as wheat-free eaters can eat certain other grains that also contain gluten. However, going on a wheat elimination diet does share many similarities with the diet for people with Celiac disease. [7]

The simplest tips for embarking on such a diet is to cook your own meals, avoid fast foods, create your own salad dressings, and shift your diet to one with more fruits and vegetables. Packaged and prepared meals are some of the most common sources of gluten, so conscientious shopping is essential. Also, speak with your doctor before changing your diet to ensure it is a safe choice.

Rate this article
Average rating 3.9 out of 5.0 based on 18 user(s).
Read This Next:
Popular Articles