The rubber ducklings (bath toys) that your child often plays with may be contaminated with fungal and bacterial biofilms.

According to a study published in the journal Biofilms and Microbiomes, warm and humid bathrooms are the ideal environment for bacterial and fungal growth. These bacterial biofilms are formed on the linings of shower curtains, behind cabinets and on the inner surface of the flexible rubber toys. When children squeeze these toys, the murky liquid gets released from them into the bath water. [1]

The researchers from the Swiss Federal Institute of Aquatic Science and Technology EAWAG [2] and the University of Illinois found that “diverse microbial growth is promoted not only by the plastic materials but by bath users themselves.” 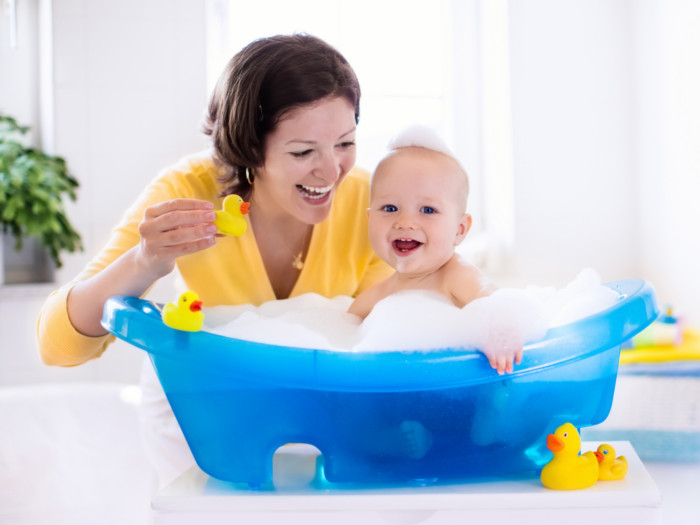 The researchers used real and new bath toys for the study. For 11 weeks they exposed some toys to clean and others to dirty bath water, containing body fluids, bacteria, and soap. Later, they cut open the toys.

According to the study reports, “The findings sound unappetising: between five million and 75 million cells per square centimetre were observed on the inner surfaces.” There was also a huge difference between both (real and new) toys exposed to different types of water. “Fungal species were detected in almost 60% of the real bath toys and in all the dirty-water control toys. Potentially pathogenic bacteria were identified in 80% of all the toys studied, including Legionella and Pseudomonas aeruginosa, the rod‑shaped bacterium often implicated in hospital-acquired infections,” said the statement.