Benevolent Sexism In Boys Could Turn Into Hostile Sexism

What views kids hold in their childhood might seem harmless at the moment, but it could play a very important role in shaping their views as an adult. A new study has found that young boys who hold ‘benevolent’ sexist views about women are equally capable of being negatively sexists, and could carry these perspectives into adulthood. 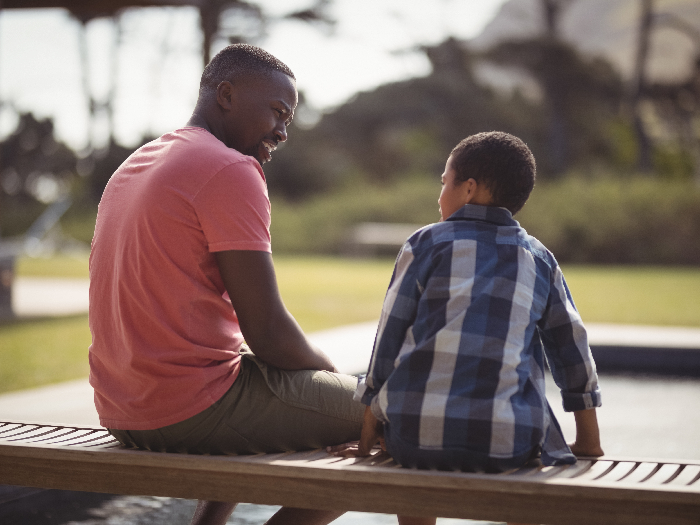 Talking to kids could help shape their views and perspective. Photo Credit: Shutterstock

The new research finds a base in the ambivalent sexism theory, which explains that sexism towards women could be of two types – benevolent and hostile. Hostile sexism is evident and noticeable. It takes the form of dislike or antipathy, and women are perceived as incompetent, weak, and overly emotional. The other form, benevolent sexism, may not seem as explicit and could be easily mistaken as a positive attitude towards women. It paints a surreal, idealistic picture of women and adopts a patronizing tone towards them, where they are portrayed to be in the need of care and being saved.

Conducted by a team of researchers at New York University and the University of Wellington, the study found that kids who held benevolent views towards women were also likely to harbor hostile ones. It also showed that kids who were holding hostile sexist views showed a decline in such views while they were growing up. This was true for boys as well as girls, but benevolent views were only seen to diminish in girls.

“It might seem cute when a boy acts in chivalrous ways toward girls, or when a girl pretends to be a princess who’s waiting for a prince to rescue her,” says Andrei Cimpian, an associate professor in New York University’s Department of Psychology and one of the authors of the study. “Many times, this is just play, with no deeper meaning. But other times, these behaviors—even though they may seem inoffensive—might signal that children view women in a negative light, as weak, incompetent, and unable to survive or thrive without a man’s help.” [1]

Pointing out the timings of these findings, the authors suggest that communication with children about their views during these times (being home together through a pandemic) could help in understanding their perspective as well as helping them shape their understanding around gender equality. The results of this study have been published in the Sex Roles journal. [2]