Canola Oil May Be Harmful to the Brain

Cooking with canola oil could worsen memory and learning ability of people and increase the risk of Alzheimer’s disease. Researchers at Temple University found that long-term consumption of canola oil, one of the most widely used oils in the world, could be more harmful than healthful for the brain. [1]

“Even though canola oil is a vegetable oil, we need to be careful before we say that it is healthy,” said Dr. Domenico Praticò, director at the Alzheimer’s Center at the Lewis Katz School of Medicine, Temple University and senior author of the study. “Very few studies, however, have examined that claim, especially in the terms of the brain.” 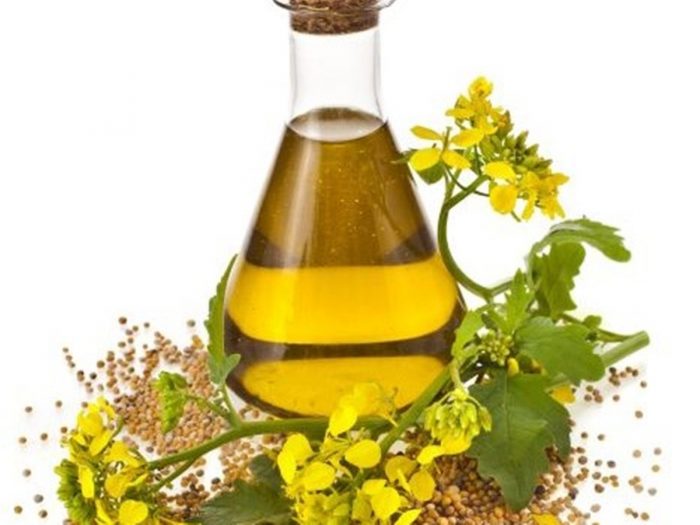 Researchers used a mouse model to investigate the effects of canola oil. They divided the mice into two groups at six months of age, before the animals showed signs of Alzheimer’s disease. One group was given a normal diet, while the other was fed a diet supplemented with almost 2 tablespoons of canola oil daily.

After a year, the mice fed with oil showed signs of brain damage and a weakened memory. Along with cognitive damage, there was also a significant decrease in the number of contacts between neurons, indicative of extensive synapse injury. Synapses are junctions where neurons communicate with each other and they play a central role in memory formation and retrieval. Additionally, the mice showed significant weight gain.

The study, published in the journal Scientific Reports, is the first to show the possible harmful effects of canola.

“We also want to know whether the negative effects of canola oil are specific for Alzheimer’s disease,” said Dr. Praticò. “There is a chance that the consumption of canola oil could also affect the onset and course of other neurodegenerative diseases or other forms of dementia.”

More and more people across the world are using canola oil because it is less expensive than other vegetable oils, and it is advertised as being healthy for the heart. According to a 2016 report published by Transparency Market Research, canola oil production has grown rapidly over the past 40 years and now, occupies 15% to 20% of the world’s oil crop production. [2]