Cinnamon Can Help You Burn Fat

The smell of cinnamon can transport you to a comforting world of Thanksgiving, family, holidays and Christmas. But here’s one more reason to sprinkle cinnamon liberally on your food and drinks. This warm, fragrant spice has the ability to turn on the heat on fat cells.

Cinnamaldehyde, a food compound found in cinnamon, activates a process called thermogenesis in human cells which burns fat, according to researchers at the University of Michigan Life Sciences Institute. Previous research showed that cinnamon could burn fat in mice, but the new study showed that it had the same effect on humans too. [1] 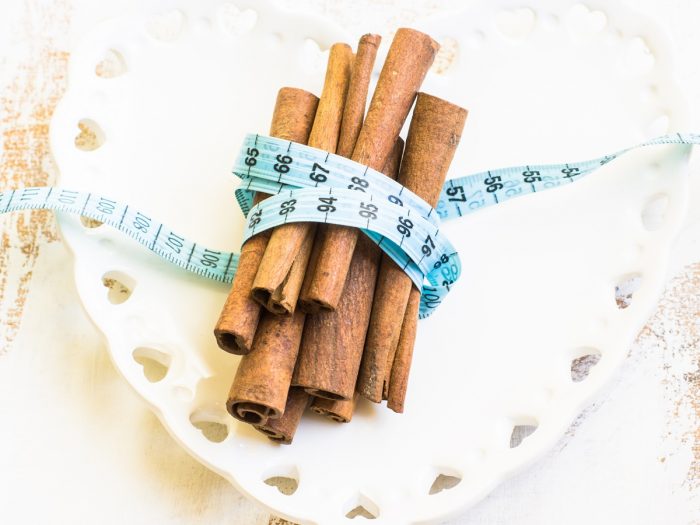 Researchers did the test on human fat stem cells, or adipocytes, taken from multiple donors of different ethnicities, ages and with a variety of body mass indices (BMI). When the fat cells were treated with cinnamaldehyde, the scientists noticed an increase in the production of heat in genes.  Researchers also found that a sustained treatment with cinnamaldehyde showed that metabolic reprogramming could be regulated in fat cells. Simply, this means that fat cells could be reprogrammed to turn on the “metabolic switch” to burn fat in the body.

“Cinnamon has been part of our diets for thousands of years, and people generally enjoy it,” said Jun Wu, research assistant professor at the Life Science Institute. “So if it can help protect against obesity, too, it may offer an approach to metabolic health that is easier for patients to adhere to.” [2]

Cinnamaldehyde is what gives cinnamon its distinct taste and fragrant smell. It is used to flavor chewing gum, ice cream, candy, and beverages. Due to its low toxicity, it is a preferred fungicide in agriculture.

The new findings published in the journal Metabolism show that it could be ideal spice for people who are trying to shed body fat. However, too much of anything can be bad for you. Some experts recommend half a teaspoon to 1 teaspoon of cinnamon powder a day sprinkled on beverages or food.