Coral reefs are an important part of the ocean ecosystem, and the rapid death of corals over the past few years is leading to significant changes in the way species live underwater. While this loss could significantly affect human lives as well, new research has found that coral loss can also lead to an increase in fish biomass. 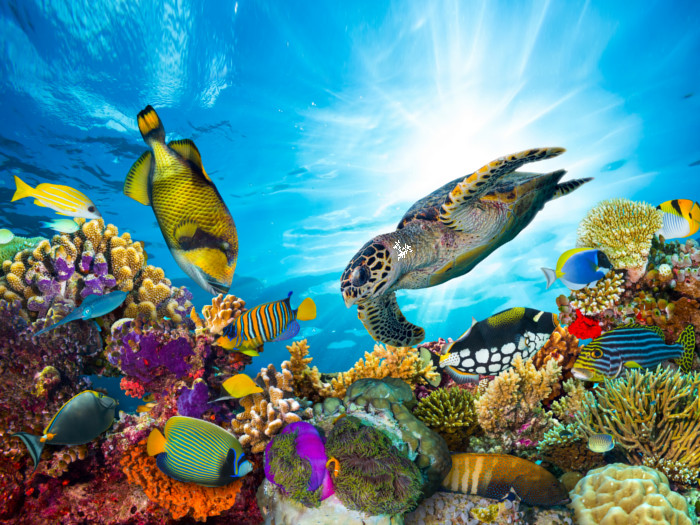 According to a recent story by the United Nations Environment Programme, the Great Barrier Reef in March 2020 was found to have undergone a mass bleaching event. The third mass bleaching of its kind in the past five years is being attributed to increased temperatures in the month before. With researchers warning of more such loss in the years to come, the new study led by a team at the James Cook University points out the repercussions of this loss. [1]

Analyzing data from reef surveys from 2003-04 and 2018, the new research found that ecosystems with a severe coral loss could experience an increase in the fish biomass, which translates to more fish weight in the ocean.

“It’s as if the herbivorous fish community has been scaled up, with larger fish growing and providing more food for predators when they die. However, this does not come without a cost,” said Renato Morais, lead author of the study. “This suggests that many of these long-living herbivorous fishes, such as surgeonfish which can live up to 40 years, could have been there before the corals died, only growing bigger. Eventually, these older fish will die and, if not replaced by young ones, productivity could collapse.”

The results of this long-term trend study have been published in the Functional Ecology journal of the British Ecological Society. [2] [3]