Déjà Vu Followed By A Postdictive Bias, Not Premonition

Most of us have been through the feelings of déjà vu, the feelings of having gone through this before. Some of us might also feel that we gain a sense of the future in these situations and are able to predict events in the future. New research suggests that it might be more about a postdictive or hindsight bias, rather than a potential for premonition.

The experiments were conducted by a team at the Department of Psychology, Colorado State University including Anne Cleary, a memory researcher at CSU and one of the authors of this paper. The results document why people feel they can predict future events during a déjà vu episode and explains the postdictive bias in such situations.

Virtual reality tours were used to assess whether premonition and déjà vu really existed. It was noted during these experiments that people were not really able to predict the next events, however, it was a feeling that they experienced. In these tours, turns were made at random and people were asked to predict. However, postdiction was more prevalent, where people reported knowing that the turns were going to be the way they were. 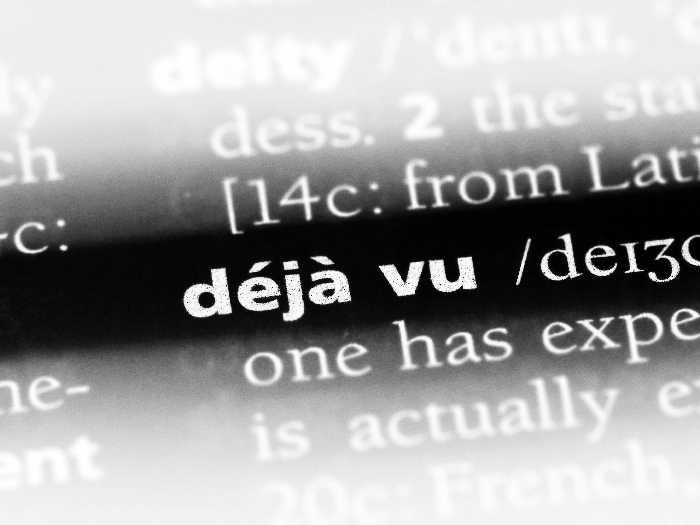 “If the entire scene feels intensely familiar as it unfolds, that might trick our brains into thinking we got it right after all,” Cleary said. “Because it felt so familiar as you were going through it, it felt like you knew all along how it was going to go, even if that could not have been the case.”

Cleary also explains the phenomenon of déjà vu as the feeling where the brain recognizes the present situation as similar to something from the past but is unable to locate the previous memory and thus, we end up feeling like we’ve been through this before. [1]

The paper has been published in the Psychonomic Bulletin & Review. Dr. Cleary is further working on Déjà entendu, which is experiencing Déjà vu through auditory channels or simply put, the feeling of having heard the exact same thing before. [2]