Eating Too Fast May Lead to Obesity

How you eat may be the key to battling weight gain, study says

People who eat too quickly are more likely to become obese and develop Metabolic syndrome (Mets), one of the key causes of cardiovascular diseases. This was revealed in a preliminary research presented at the American Heart Association’s Scientific Sessions 2017 held in Anaheim, CA. [1]

The study found that people who gobble their food quickly have a higher chance of developing metabolic syndrome compared to those who eat their food slowly. Metabolic syndrome is not a disease in itself but occurs when someone has any three of the following five risk factors: abdominal obesity, high blood pressure, high blood sugar, high triglycerides, and low HDL or “good” cholesterol. 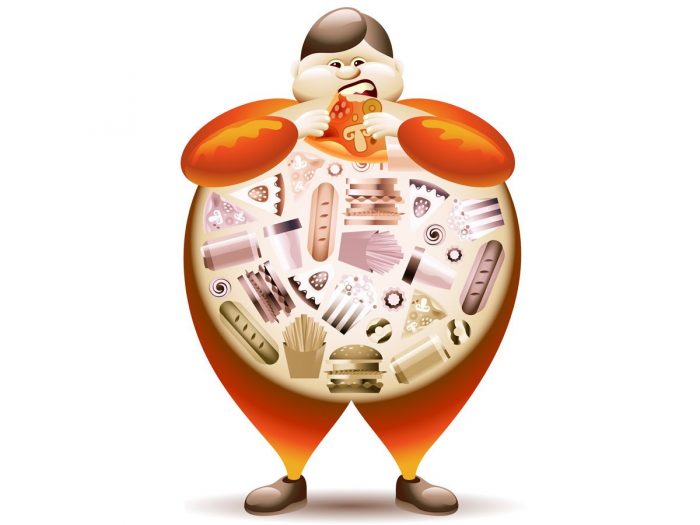 While there have been studies done earlier on the link between eating speed and obesity, the researchers said there is limited information available on the relationship between eating too fast and metabolic syndrome.

A team from Hiroshima University in Japan investigated more than 1,000 Japanese men and women with the average age of over 50 years who did not have metabolic syndrome prior to the study. After five years, the researchers found that the quick eaters were more likely (11.6%) to develop metabolic syndrome than normal eaters (6.5%) or slow eaters (2.3 percent).

“Eating more slowly may be a crucial lifestyle change to help prevent metabolic syndrome,” said Takayuki Yamaki, M.D., study author and cardiologist at Hiroshima University in Japan in a statement. “When people eat fast, they tend not to feel full and more likely to overeat. Eating fast causes bigger glucose fluctuation, which can lead to insulin resistance. We also believe our research would apply to a U.S. population”.

The research findings come at a time when the U.S. is battling an obesity epidemic. According to statistics released by the Centers for Disease Control and Prevention for 2011-2014, more than one-third (36.5%) of the U.S. adult population is obese. The prevalence of obesity was found to be higher in women (38.3%) than in men (34.3%). And obesity-related conditions such as heart disease, stroke, type 2 diabetes and certain types of cancer are some of the leading causes of preventable death. [2]