Interrupted sleep, mommies? Get into the bedtime routine massage for your babies and yourself, scientists say.

According to a study published in the journal Sleep Medicine, establishing a massage-based bedtime routine for mothers and their infants has a positive impact on maternal sleep and mood as well as infants sleep. [1]

Infant sleep cycles are very short, lasting about 45-60 minutes. With short sleep cycles, babies tend to wake up often. There are quite limited studies which evaluate the specific bedtime routines in the treatment of mother and infant sleep disturbances. This key study led by Jodi Mindell from Saint Joseph’s University, Philadelphia, aims to find out the impact of a massage-based bedtime routine on infant sleep, maternal sleep, and maternal mood. 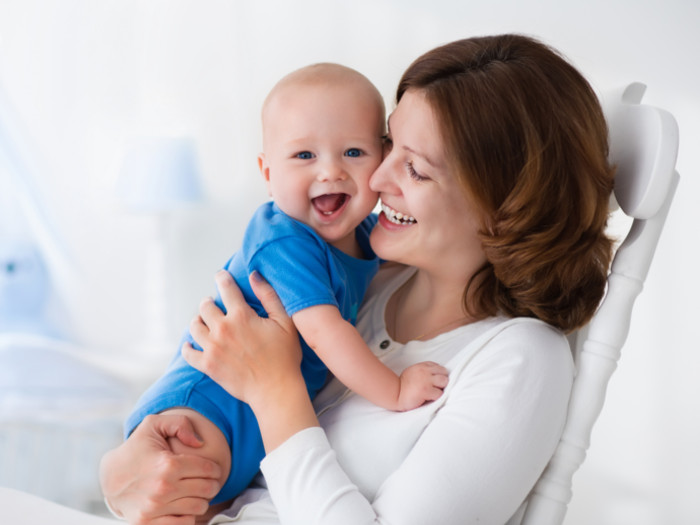 The study involved over 120 mothers and their 3 to 18-months-old toddlers. The participants were randomly divided into two groups, and each one was assigned to a routine. The experimental group was given one week of a usual bedtime routine and two weeks of intervention. The other group was given three weeks of their usual bedtime routine. The mothers were asked to complete the Brief Infant Sleep Questionnaire (BISQ) on a weekly basis. Researchers also measured the maternal sleep and mood each week.

The experimental group showed improvements in child and mother night wakings and maternal sleep quality. Additionally, it also changed the maternal perceptions of child sleep and mood. There were no comparative changes seen in the other group. Interestingly, other than the improvements in child and mother night wakings, the experimental group showed no changes in the sleep patterns, duration of night wakings, sleep duration, long stretches of sleep, or sleep onset latency (people who easily don’t get deep sleep).

Bedtime massage routine helps you relax and unwind. Now, the study recommends a massage-based routine for mothers and their infants, with the supplement that improvements in maternal perceptions and maternal sleep will be noted, with few improvements in sleep itself other than night wakings.