Milk and Beef May Trigger Arthritis

Think before you reach out to your two favorite foods – milk and beef. Researchers at the University of Central Florida [1]have found that consuming milk and beef could trigger rheumatoid arthritis for those who are genetically at risk.

A study has found a link between a bacteria, commonly called as MAP and rheumatoid arthritis, which is an inflammatory disorder of joints. MAP, scientifically known as Mycobacterium avium subspecies paratuberculosis, is bacteria commonly found in the majority of the cows in the US. Humans could consume this bacteria through infected milk, beef or produce fertilized by cow’s manure.

According to the study published in the Frontiers in Cellular and Infection Microbiology journal, the researchers had previously found a link between MAP bacteria and Crohn’s disease, which is an inflammatory bowel disease caused because of the inflammation of the digestive tract. This study further led them to investigate if MAP was also linked to inflammation of joints. [2] 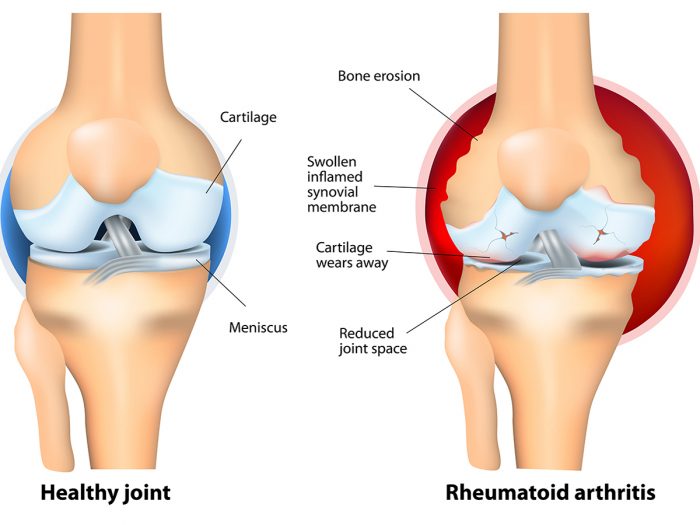 “Here you have two inflammatory diseases, one affects the intestine and the other affects the joints, and both share the same genetic defect and treated with the same drugs. Do they have a common trigger? That was the question we raised and set out to investigate,” said study co-author Dr. Saleh Naser.

For the study, 100 volunteers with rheumatoid arthritis were examined. Around 78% percent of them had the same genetic mutation found in Crohn’s patients. 40% of those cases tested positive for MAP. “We believe that individuals born with this genetic mutation and who are later exposed to MAP through consuming contaminated milk or meat from infected cattle are at a higher risk of developing rheumatoid arthritis,” explained Naser.

This is the first kind of study to report a connection between MAP and arthritis. According to National Institutes of Health, about 1.3 million adults suffer from rheumatoid arthritis. According to Crohn’s & Colitis Foundation of America, about 1.6 million Americans suffer from Crohn’s disease or ulcerative colitis. Until this study, there was no link found between MAP and Crohn’s. [3] [4]

Adding her concluding thoughts study co-author Dr. Shazia Bég said, “We don’t know the cause of rheumatoid arthritis, so we’re excited that we have found this association. But there is still a long way to go. We need to find out why MAP is more predominant in these patients – whether it’s present because they have RA (rheumatoid arthritis), or whether it caused RA in these patients. If we find that out, then we can target treatment toward the MAP bacteria.”