You may want to stop cursing your dish of arrabiata because it is now known to help in weight loss! Obesity has given a lot of bad press to carbohydrates but pasta, of all, doesn’t deserve this negativity, says a study published in the journal BMJ Open. [1]

Carbohydrates are easily absorbed into the blood stream depending on their glycemic index. The Glycemic Index (GI) is a relative ranking of carbohydrate in foods according to how they affect blood glucose levels. Pasta has a very low glycemic index. Thus, it is not easily absorbed into the bloodstream and cause very little increase in the blood sugar levels. 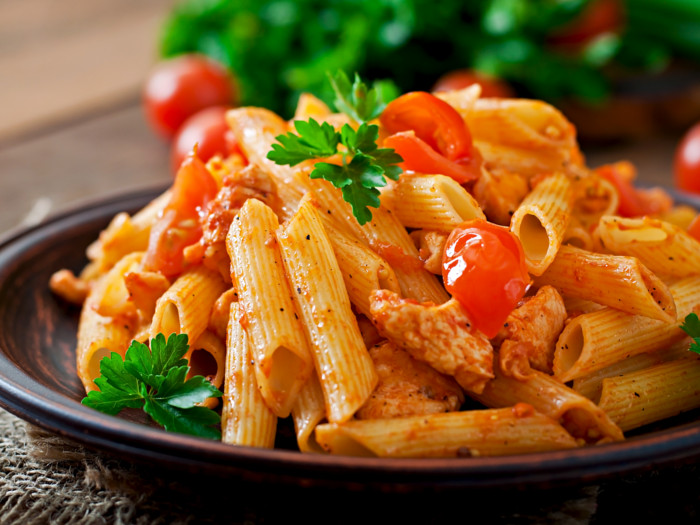 Researchers at St. Michael’s Hospital [2] took data from 30 randomized controlled trials. These data involved nearly 2,500 people who ate macaroni instead of other carbohydrates as a part of their healthy low-glycemic index diet. They on an average ate 3.3 servings (one serving = one-half cup of cooked pasta) of pasta per week as their carbohydrate intake.

“The study found that pasta didn’t contribute to weight gain or increase in body fat,” said lead author Dr. John Sievenpiper. “In fact analysis actually showed a small weight loss. So contrary to concerns, perhaps pasta can be part of a healthy diet such as a low GI diet.” The results showed that the participants lost about one-half kilogram over a median follow-up of 12 weeks.

High carbohydrate intake results in two major health conditions; obesity and diabetes. According to National Institutes of Health, more than 1 in 3 adults have obesity and about 30.3 million people suffer from diabetes. The number is consistently rising. While there are a number of remedies available, it is best to prevent these conditions at an early age by having a low-glycemic index diet. Foods that have a low glycemic index include [3] [4]

“In weighing the evidence, we can now say with some confidence that pasta does not have an adverse effect on body weight outcomes when it is consumed as part of a healthy dietary pattern,” concluded Dr. Sievenpiper.