Sea Turtles Mistake Plastic For Food, The Odor To Blame

Plastic ingestion killing sea turtles, among other animals, is not a new problem. Numerous dead animals worldwide are found with plastic in their bodies, that being the cause of their deaths. While even a tiny piece of plastic is enough to kill animals like sea turtles, why and do they mistake it for food? It’s the smell, says a new study. 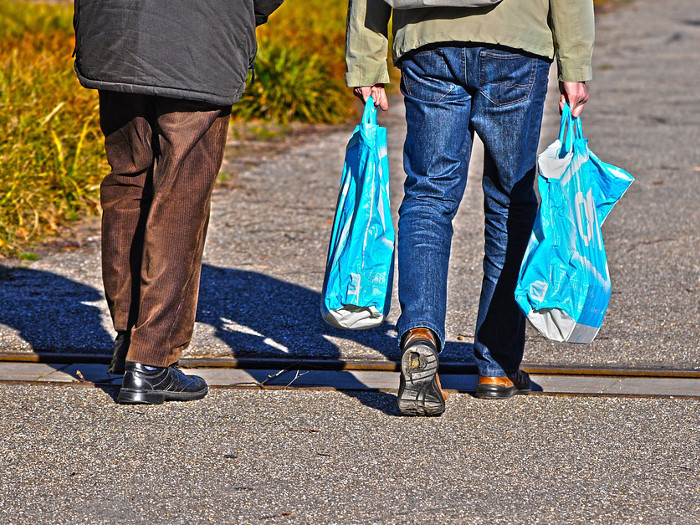 Beyond sea turtles, plastic is a threat to the entire ecosystem. Photo Credit: Shutterstock

According to the findings of a new paper published in the Current Biology journal, sea turtles are consuming plastic by mistaking the odor for food. The conclusions were reached after experiments were conducted with fifteen captive-reared young loggerhead turtles. They were all, in a random sequence, exposed to four different treatments which included deionized water, turtle food, clean plastic, and biofouled plastic. Biofouled plastic refers to the process of accumulation of materials and organisms from the environment over the plastic that has been underwater for a while. [1]

“This finding is important because it’s the first demonstration that the odor of ocean plastics causes animals to eat them,” said Kenneth J. Lohmann, Charles P. Postelle Jr. Distinguished Professor of Biology at Carolina’s College of Arts & Sciences. “It’s common to find loggerhead turtles with their digestive systems fully or partially blocked because they’ve eaten plastic materials. There also are increasing reports of sea turtles that have become ill and stranded on the beach due to their ingestion of plastic.”

Prior to this study, one of the hypotheses which tried explaining sea turtles reaching for plastic as the food was that they visually mistook it for jellyfish. However, the results of this new study might explain the frequency of such incidents happening frequently.

It also highlights how all plastic in the ocean could prove a threat to the oceanic ecosystem. The results of this study warrant further research into what chemicals and odorants affecting plastic caused such olfactory confusion among sea turtles.