The ‘Wrong’ Kind Of Smile Could Stress You Out

Smiles either warm hearts or cause envy in souls. Now, a study published in the journal Scientific Reports show that smiles can even stress you out! [1]

Researchers from the University [2] of Wisconsin, Madison found out that different kind of smiles in stressful situations is responsible for either an ease or a rise in the stress levels of the targets.

According to lead study-author Jared Martin: “Facial expressions really do regulate the world. We have that intuition, but there hasn’t been a lot of science behind it. Our results show that subtle differences in the way you make facial expressions while someone is talking to you can fundamentally change their experience, their body, and the way they feel like you’re evaluating them.” 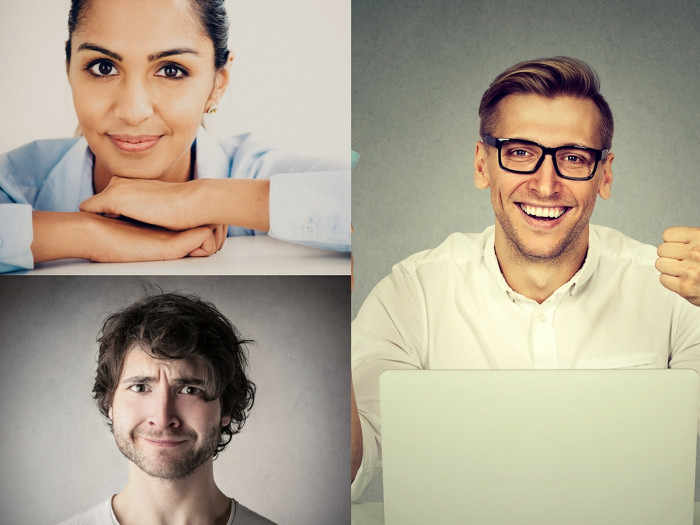 90 male college students participated in the study. They were given a series of short, impromptu speaking assignments. Throughout their speech, they were shown brief video clips of the judge’s reactions, which were a pre-recorded version of either reward, affiliation or dominance smile. The subjects were observed and judged over a webcam by the researchers. The subjects were also monitored for their heart rates and periodically, for the cortisol levels in their saliva. Cortisol is a hormone that determines the stress levels in a person.

“If they received dominance smiles, which they would interpret as negative and critical, they felt more stress, and their cortisol went up and stayed up longer after their speech. If they received reward smiles, they reacted to that as approval, and it kept them from feeling as much stress and producing as much cortisol,” said study author Paul Niedenthal.

Our heart-rates are affected by our lifestyle, behaviors, physical shape, diseases and disorders as well as our mental stability. These factors are responsible for the difference in each individual’s recognition and reaction to social signals like dominance and reward smiles.

“We are all individuals walking around in the world with different bodies. You may be really anxious. You may be in really good shape,” Martin says. “Those things that we carry around with us change the way we perceive the world in very sensitive and personal ways.”