Your Teen Is Probably Unhappy About High School

High school is expected to act as a bridge between the adult world and the inexperience of teenagers, arming them with knowledge. But it might not be a happy place for them, literally. A new nationwide study in the USA found that a majority of students do not associate high school with positive emotions.

The research comprised two sub-studies, of which one involved 21,678 students and the other had 472. The first set of students represented public and private schools in urban, suburban, and rural school districts across 50 states. The research found that about 75% of this sample reported having negative feelings towards school. More female students reported this as compared to boys.

The second study with 472 students was an experience sampling study, where the students reported their feelings during various times of the day. 60% of the time, negative feelings were reported. 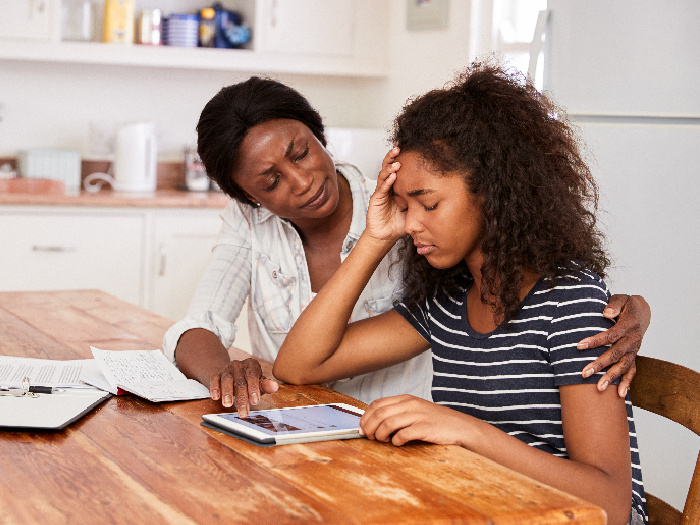 Talk to your kids about their problems. Photo Credit: Shutterstock

“It was higher than we expected,” said co-author and research scientist Zorana Ivcevic.  “We know from talking to students that they are feeling tired, stressed, and bored, but were surprised by how overwhelming it was. Kids are at school to learn, and emotions have a substantial impact on their attention. If you’re bored, do you hear what’s being said around you?” [1]

From amongst the positive feelings reported, calm and happy emerged as the top ones. The researchers suggest that with schools being a place of learning, feelings such as curiousness, interest, enthusiasm, and being energetic represent a high level of engagement. The team also noted that the negative feelings might be interrelated, such as boredom and stress emerging from feelings of tiredness.

The paper, which is scheduled to be published in the April issue of the Learning and Instruction journal, points out that school timings might also be contributing to these results. [2]