Weight issues and obesity has been plaguing too many people around the world, leading to several co-morbidities. Researchers at the University of Gothenburg have discovered a new way of facilitating weight loss in people on the lower end of the obesity spectrum. The new study has found that wearing weighted vests can aid weight loss. 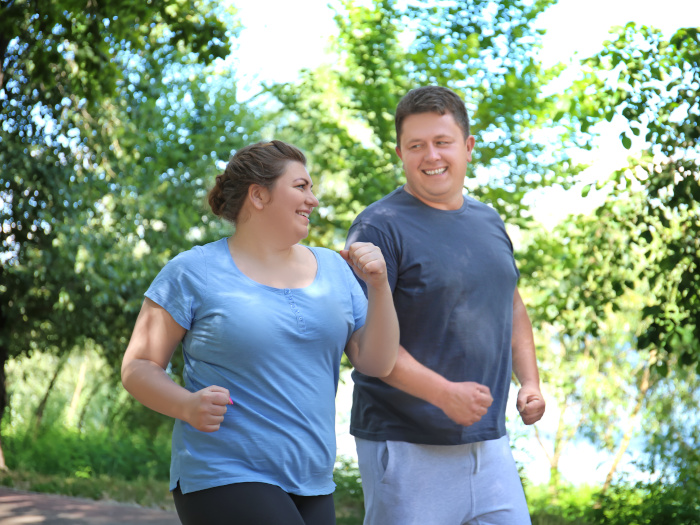 Obesity could be alleviated with a healthy lifestyle. Photo Credit: Shutterstock

The design of this new study was based on previous animal studies from 2018 which led to the idea of ‘gravitostat’, as described by the team who conducted the experiment. It was described as the energy balance in the body which works to keep the bodyweight constant.

The current experiment involved 69 participants with a body mass index (BMI) of 30-35. They were provided with a weighted vest to be worn for three weeks, eight hours a day while following their routines. Participants were divided into two groups, one receiving 1 kg vests, while the other group was provided with 11 kg vests. According to the results, the lightweight vest group lost 0.3 kg weight, whereas the other group subjects lost 1.6 kg.

“The effect on fat mass we found, from this short experiment, exceeded what’s usually observed after various forms of physical training. But we weren’t able to determine whether the reduction was in subcutaneous fat (just under the skin) or the dangerous visceral kind (belly fat) in the abdominal cavity that’s most strongly associated with cardiovascular diseases and diabetes,” says Professor John-Olov Jansson of Sahlgrenska Academy, University of Gothenburg.

While the researchers are yet to understand the workings of the internal energy balance fully, such as whether such weight loss is sustainable, they understand this as the body’s way of correcting the additional weight on the scale.

The results of the study have been published in the EClinicalMedicine by The Lancet. [1] [2]