Hydroxychloroquine Not Safe For The Hearts Of RA Patients

Originally an antimalarial drug that finds use against rheumatoid arthritis as well, hydroxychloroquine has been in the news as a possible weapon against COVID-19, especially symptoms such as pneumonia. However, a new study has made an argument against the use of hydroxychloroquine, especially in combination with azithromycin, as it may lead to an increased risk of cardiovascular mortality. 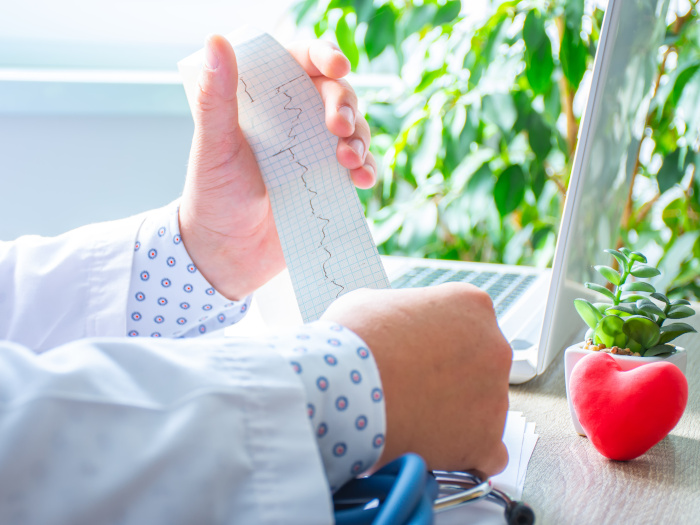 The risk of heart conditions can go up with certain drugs. Photo Credit: Shutterstock

Hydroxychloroquine was originally found to be effective against SARS-CoV-1, a coronavirus strain that had affected several countries in the early 2000s and was proving fatal. On the basis of research relevant to SARS-CoV-1, the drug was looked at as a solution, but the hopes were soon dashed. Studies citing its usefulness against COVID-19 were retracted owing to the lack of verifiable data sources. The argument against the unabashed use of this drug was further strengthened by the finding of a JAMA Cardiology study that linked the drug to arrhythmia.

The study found that the hydroxychloroquine treatment was relatively safer in the short term as opposed to long term results where cardiovascular risks increased in patients with rheumatoid arthritis. Furthermore, the hydroxychloroquine plus azithromycin combination increased the risk of heart failure and cardiovascular mortality even in the short term.

“Hydroxychloroquine, both alone and in combination with azithromycin, gained strong consideration as a potential COVID treatment without a large-scale study of its overall safety profile,” said Daniel Prieto-Alhambra, Ph.D., co-senior author on this study. “We had access to an unprecedented amount of data on this drug, and we were relieved to find no worrying side effects in the short-term use of hydroxychloroquine. However, when prescribed in combination with azithromycin, it may induce heart failure and cardiovascular mortality and we would urge caution in using the two together.” [1]

The findings of this study, which calls for ‘careful consideration of the benefit-risk trade-off when counseling those on hydroxychloroquine treatment’, have been published in The Lancet Rheumatology journal. [2]