The extent and effect of third-hand smoking may be far more severe than previously thought. A recent Yale research revealed that the role of humans in transporting the dangerous effects of smoking is still poorly understood. The study showed that hazardous compounds from cigarette smoking cling to the clothes and bodies of people who then carry and release it into non-smoking environments. 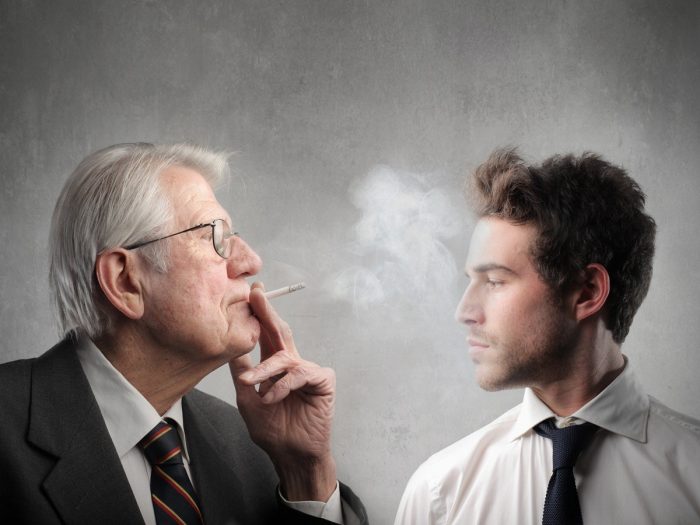 The research, led by a team from Yale University and published in the journal Science Advances, was the first time scientists have shown the human role in third-hand smoking. Previously, it was widely believed that third-hand smoking clings to the walls and other surfaces in places where smoking occurs. [1]

The team used highly sensitive instruments to track the compounds in a movie theater over a week. They focused on compounds leftover from smoking, including both particles and gases. They observed that the range of volatile compounds spiked significantly when a certain set of moviegoers visited the theater. The spike in rates was much higher in the case of R-rated movies than G-rated movies. Since R-rated movie audiences are more likely to be smokers or people exposed to smoking, an inference could be drawn that their presence counted for the spike. Further testing showed that the emitted compounds were from slightly aged smoke.

Worryingly, these figures were quite high. The volatile compounds in the environment exposed the occupants to an equivalent of 1-10 cigarettes of secondhand smoke. They also recorded the presence of hazardous air pollutants, such as benzene and formaldehyde. 34 percent of the organic aerosol in the environment came from nicotine and related nitrogen-containing compounds. Lack of ventilation and smaller space further amplify the concentration of the compounds and their effect on health.