A Beginner’s Guide to All the Cuts of Beef

A cooking tradition found in countries spanning the globe, barbecuing is more popular today than ever before. Some of the different cooking techniques include conventional grilling, smoking, and braising. The thickness and fat content of the cut determine which method is the best option for tender, flavorful meat.

With numerous regional variations of flavor and cooking methods, you might find yourself overwhelmed by the options available to you. And so here is an article just for that!

While barbecuing can include many types of protein (chicken, pork), shrimp or vegetables, it is most commonly used for beef. One of the most important steps to barbecuing beef is to choose the correct cut for your intentions. Taken from different parts of the animal’s body, the location determines fat content and texture of the meat.

Before the meat can be sold, it has to be broken down into portions, referred to as sub-cuts. Ribs, loin, chuck, round, shank, short plate, flank, and brisket are 8 cuts of beef typically used in barbecue. Let’s break them down a little more. 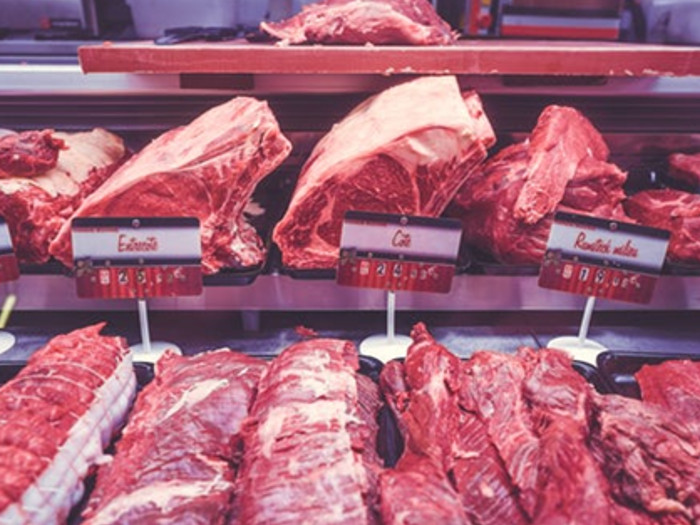 Beef is a rich source of high-quality protein and various vitamins and minerals. Photo Credit: Unsplash

Located near the backbone and spine, the ribs are taken from the animal’s ribcage. The ribs have a high-fat content, which increases their flavor. Rib cooking methods vary depending on which cut you are using. Ribs and steaks can be grilled, but prime rib is a roast that cooks best for short periods of time at a very high temperature.

The sub-cuts of the ribs are short ribs, prime rib, ribeyes steaks, and back ribs.

Part of a less active muscle, the loin can be found along the spine. One of the more expensive cuts, the loin is tender and soft, commonly used for juicy steaks. Since most sub-cuts from the loin are steaks, the best cooking technique is to grill them.

Found in the shoulder, the chuck has an equal balance of fat and meat, which makes it the perfect cut for ground beef products. Ground check sold in grocery stores is priced depending on fat content and can be affordable to those on a budget. The cooking preparation for the Chuck cut of beef depends on the type of sub-cut. Several sub-cuts can be prepared in the smoker or pressure cooker.

Ground beef, chuck steak, beef ribs, and chuck filet are a few of the sub-cuts.

Located at the rump and hind legs, the round is a tough cut of beef due to a very low-fat content. It is most often used in stews and for jerky. This lean cut of beef cooks best in the oven.

Sub-cuts for the round can include top round, bottom round, and sirloin tip.

Situated in the lower breast near the brisket, the shank has very little fat, making it necessary to cook it for long periods of time to combat the toughness. The crockpot is the ideal appliance for the shank due to the length necessary for a thorough cook.

The sub-cuts of the shank are ground beef, hind shank, and foreshank, mainly used for soups and stews.

Found near the abdomen, the short plate has a high-fat content and is very tough. It can be used for steaks after it is tenderized. The steaks are best cooked on the grill.

The sub-cuts of beef for the short plate include hangar steak, skirt steak, and ground beef.

Located in the lower breast and chest area, brisket is flavorful but tough. Tenderizing the meat before cooking it is common practice. It is usually cooked by braising or slow-cooking. Brisket plate and brisket point are two sub-cuts of beef for brisket.

Found in the belly underneath the fat, the flank is usually cut against the grain after cooking, a method that makes the meat more tender. Due to the toughness, the sub-cuts of flank are typically marinated overnight before grilling.

Sub-cuts of beef for the flank include ground beef, flank steak, and the rare London broil.

Beef is a mainstay in many cooking dishes. It can be used as an accompanying ingredient in stews and soups or as the main event as an entree. While you can opt to barbecue for any meal, it is traditionally reserved for large gatherings with a significant number of people. 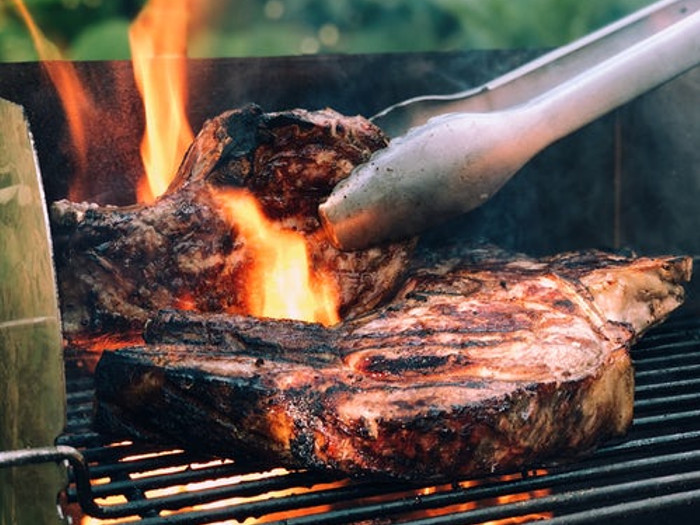 Many people choose to barbecue outdoors during warm, summer months, but the increasing variety of cooking methods allows barbecuing to occur indoors, as well.

From Barcelona to Korea, barbecue-centric restaurants are popping up in the most unexpected places. Most regions have their own style and flavors of barbecuing, but all welcome new ideas and menus. It’s not unusual to find Korean BBQ restaurants in southern states of America, despite the residents of these states having their own barbecuing techniques.

Regardless of flavor and cooking method, barbecuing remains one of the most popular types of food.


Jack Thompson is a self-appointed barbecue aficionado and lover of all vegan foods. He lives with his wife, Sara, their two children, and the three dogs that he did not pick out but now loves, in New Jersey. He is an ex-office workaholic who now uses his entrepreneur side to practice his culinary skills and relax with his family.

Rate this article
Average rating 5.0 out of 5.0 based on 2 user(s).
Read This Next:
Popular Articles