What is Rillettes & How to Make

It is amazing to see how the food that was once considered to be simple peasant fare, has over the years, come to be known as gourmet. A French delicacy, known as rillettes, definitely falls in this category of food. Rillettes, a type of confit, is prepared using a century-old process of cooking meat in its own fat and seasonings. This method helps to extend the shelf life of the meat. If the meat is properly sealed and refrigerated, it can be used for months together. It is used as spreads over crispy baguettes, toasts, and as a sandwich filling. But what are the different types of rillettes and how do we make it? Let us find out. [1]

Traditionally, rillettes is made with fatty pork belly or pork shoulder. The process of making it involves primarily cutting the meat into cubes and generously seasoning it with salt, spices, and herbs of your choice. Thereafter, it is slowly simmered in its own fat until it becomes fork-tender and soft. It is then finely chopped and mixed in some more fat to transform it into a spread-like consistency. Finally, it is allowed to cool. 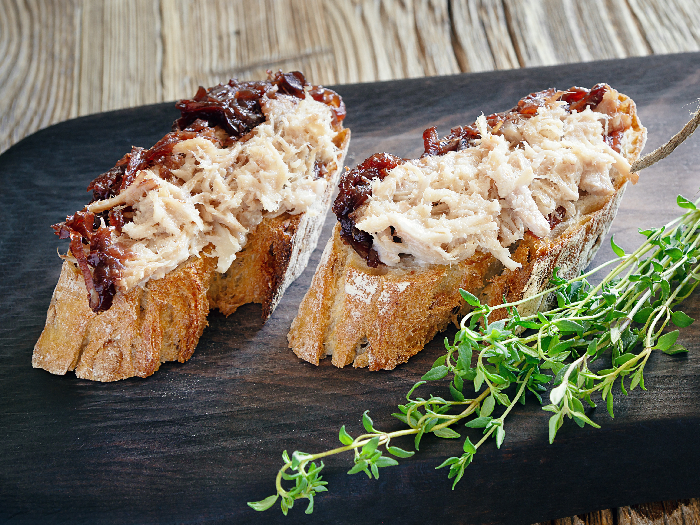 Once cooled, the fat surges to the top, solidifying and turning into a defensive layer of fat protecting the meat from oxygen. Exposure to oxygen is what causes the meat to spoil easily. This process in its entirety is what preserves the meat, thereby allowing it to be stored for several months in a row. Ideally, rillettes should not be kept in the refrigerator for over a month. If you do, ensure that it is properly sealed.

While rillettes is primarily made using pork, it is also made with other meats like rabbit, chicken, lamb, beef, bacon, turkey, duck, seafood, and goose. While the meat may change, the recipe more or less remains the same.

How to make Pork Rillettes?

While it may be quite an elaborate method to prepare rillettes, the results are just divine. Gorging on the most magnificently flavored fork-tender pork, which has been slow-cooked for several hours in aromatic spices and herbs is an experience you will like to relive over and over again. Spread it over crispy toasts and you have yourself a delicious snack. It can be prepared in the comfort of your home. Let us take a look at the recipe in great detail below. 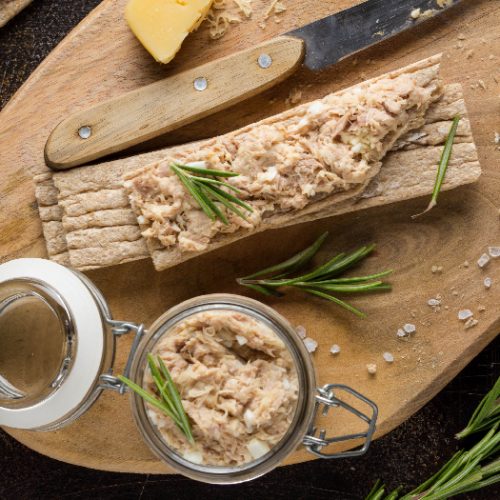 If you have tried this recipe, we would love your feedback in the comments section below. And while we can’t taste it, we would love to see how it turned out! You can connect with us on Facebook or Instagram and tag your picture with #organicfactsrecipes. [4] [5]