Many people don’t understand the difference between apple cider vs apple juice, but there are some clear points where these two apple-based drinks diverge.

Apple cider and apple juice are both made from the same fruit, but that is where most of the similarities end. 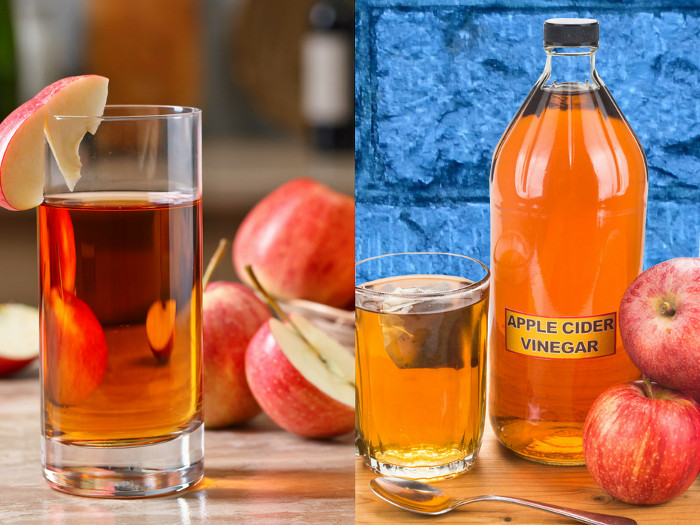 These beverages might come from the same source, but the end result is quite different. Photo Credit: Shutterstock

Both, apple cider and apple juice, have a similar level of calories, roughly 120-130 calories per 8 ounces. If you consider the nutritional profile for apple cider vs apple juice, there is a little difference.

Rate this article
Average rating 3.1 out of 5.0 based on 14 user(s).
Read This Next:
Popular Articles