You might be used to seeing arborvitae evergreen trees along the road, but for centuries, the leaves and sap of this tree have been prized for their infection-fighting power.

Arborvitae, taxonomically known as Thuja occidentalis, or Northern White Cedar, is an evergreen member of the cypress family, indigenous to Southeast Canada and the Northern United States. Arborvitae in Latin means “tree of life” and it is particularly sacred to the Ojibwe people, who list the tree as one of their four major plants on the medicine wheel. While it is used for everything from disinfectants to the curing of STDs, this powerful plant does contain the neurotoxin thujone, which can be toxic when consumed in large doses. [1] 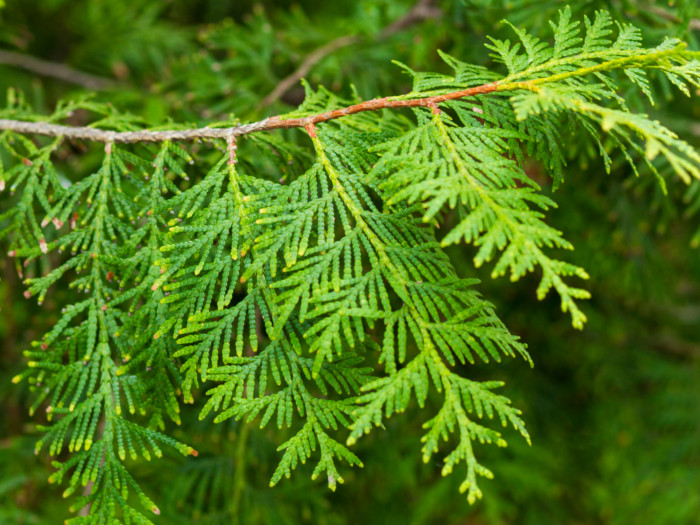 Thuja is used for respiratory tract infections such as bronchitis. Photo Credit: Shutterstock

The many benefits of arborvitae include the following:

Let us take a look at its uses.

Word of Warning: Women should avoid taking arborvitae during pregnancy or while breastfeeding, as it may cause a miscarriage or other complications. Thujone has been known to cause low blood pressure and seizures. It is wise to speak with a doctor before adding this herbal remedy to your regular health regimen.

Rate this article
Average rating 4.1 out of 5.0 based on 20 user(s).
Read This Next:
Popular Articles