What is Brominated Vegetable Oil

Brominated vegetable oil is a food additive created by bonding triglycerides with bromine molecules. Its inclusion in food is a bit controversial, the additive is also banned in Europe, but not everywhere.

What is Brominated Vegetable Oil?

Brominated vegetable oil is made by reacting certain vegetable-based triglycerides with atoms of bromine, which induces them to bind into a slightly different molecule. This is a synthetic compound, as it is not naturally occurring, and is still included in roughly 10% of sodas in the United States. This substance has also been classified as flame-retardant by certain safety and regulatory organizations and has gradually been banned in more and more countries of the world over the years. [1]

Why Is It Added to Drinks?

This compound is used to help emulsify beverages, often in citrus-flavored sodas, as it can prevent the citrus oils from separating and rising to the top of the liquid. Bromine is heavy, so it binds to the oil and spreads evenly throughout the volume of liquid. This is one of the few applications of BVO, but still worrisome to consumers and public health groups. While this synthetic additive has been used for decades, there are other substances that can accomplish the same thing, without the dangerous side effects and risks. [2] 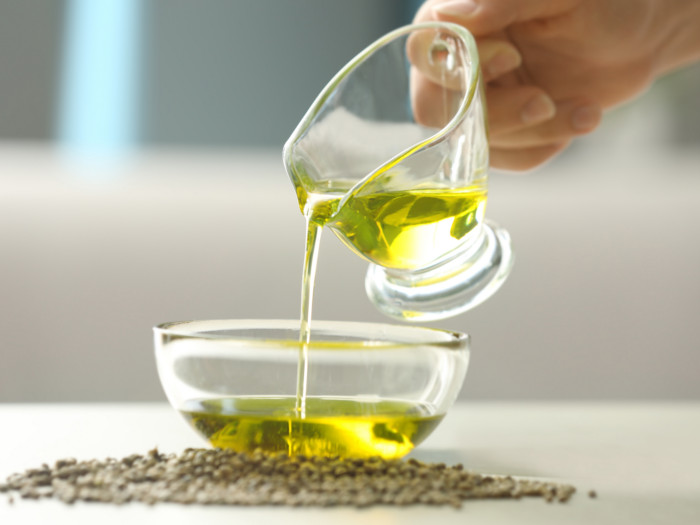 Bromine is a substance that can build up in the body over time. While our body can process out excess bromine via urine and sweat, consuming an excessive amount of brominated vegetable oil can have very severe side effects. Bromine irritates the mucus membranes and the skin, and excess levels can cause long-term damage to memory, balance, and movement. There have been numerous cases of extremely severe reactions to drinking extreme amounts of soda (more than 2 liters per day). These include sores on the hands, memory loss, confusion, disorientation, swollen hands, and a loss of muscle coordination. There is also evidence that this compound can be detrimental to long-term dental health. [3] [4]

Trace amounts of this chemical are still allowed in some sodas, so if you want to avoid having any of this synthetic bromine-based additive in your system, avoid sugary sodas, particularly those of the citrus variety!