Some of the most important health benefits of psyllium include its ability to lower cholesterol, eliminate digestive problems, reduce inflammation, reduce blood pressure, help with weight loss efforts, and prevent diabetes.

Psyllium may be the name that people recognize in terms of herbal supplements and dietary enhancers, but this is actually a catch-all name for plants of the Plantago genus. The seeds of these plants, which are typically small herbaceous plants, are highly valuable because they can be turned into mucilage, the most common form of psyllium that is consumed. It is a natural dietary fiber, and while many people think of it as a pure laxative, it has a number of other effects on the body that makes it so valuable. Psyllium plants grow primarily in Asia. India is the world’s largest producer and exporter of psyllium husks. This particular herbal supplement has become quite popular in the United States, which is the main importer of the seeds. [1] [2]

The valuable mucilage comes from the seed coat, and about 25% of the seed coat is used to create this gelatinous mucilage. The remainder of the seed is also used, but typically only for livestock feed. The unique thing about psyllium is that it bonds with water, swelling to ten times its volume when it comes in contact, hence its impact on the body. Although this plant product has been used for hundreds of years, the research is still ongoing in terms of what other effects it can have on the body. The mucilage is sold in large quantities to pharmaceutical companies, like Metamucil. As it is, the proven effects of psyllium are significant enough. Now, let’s take a closer at the many health benefits of psyllium. 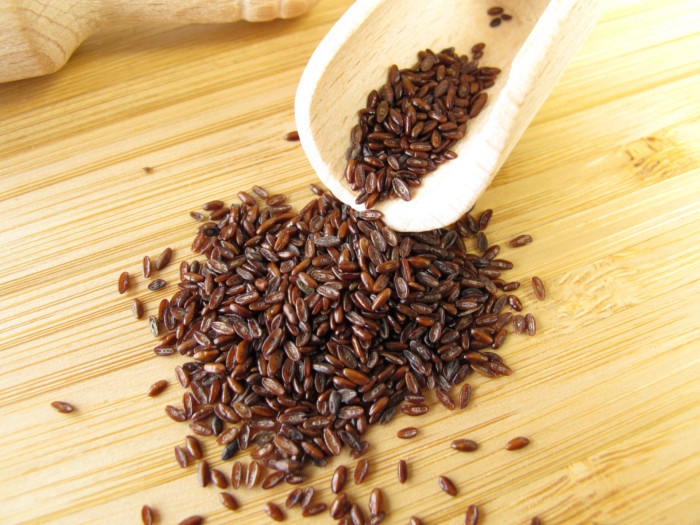 Health benefits of psyllium include:

As is the case for other types of dietary fiber, psyllium can significantly affect the health of the heart by lowering cholesterol. Excess dietary fiber works to decreases the amount of cholesterol absorbed from food, preventing it from sticking in the arteries and blood vessels. This helps to reduce the chances of atherosclerosis and the consequent heart issues that can arise. It does not, however, reduce the amounts of good cholesterol (HDL), which keeps your cholesterol levels balanced and healthy. Furthermore, it stimulates the production of bile, which further uses cholesterol. [3]

The main function of psyllium is to improve the functionality and efficiency of the digestive system, namely by binding with water in the gut. If you are suffering from diarrhea, psyllium can help to bulk up your stool and normalize your bowel movements. If you struggle with constipation issues, it can also help reduce that discomfort, as it can stimulate peristaltic motion and keep your bowels moving smoothly. It can also help reduce straining and inflammation, which can help eliminate hemorrhoids and gastric ulcers. [4]

A 2010 study by researchers from the University of California suggested that psyllium supplementation could be used as an additional therapeutic option for people who are already on diabetes medication and still have high postprandial glucose levels.  [5]

One of the best things about dietary fiber is that it creates the feeling of fullness, and that sense of satiety is very important for people looking to cut down on their weight. By preventing between-meal snacking, psyllium supplements can keep your energy levels up without adding on the pounds. Oat bran often contains psyllium and is a popular choice for a healthy snack. [6]

In various studies of dietary fibers, associations between blood pressure and fiber have been suggested, but psyllium is one of the few compounds that is consistently shown to reduce blood pressure in those who regularly consume it. Although you can’t call it a vasodilator, necessarily, psyllium can certainly ease the tension on blood vessels and arteries of the heart. [7]

There are several studies that have shown the mucilage of psyllium to reduce inflammation in the gut and colon. This is due to the fibrous activity found in this unique mucilage, as it can ease the stress and strain on the colon. [8]

Although psyllium mucilage is often called a laxative, it is just a highly efficient type of dietary fiber. However, it does effectively detoxify the body, as cleansing out the gastrointestinal system can also be very cleansing and beneficial for overall gut health. [9]

If you are pregnant, you should speak with a doctor before adding this sort of mucilage to your diet. Furthermore, if you suffer from difficulty swallowing or various intestinal blockages, this could complicate those problems. There can be a number of other side effects, like rhinitis and anaphylaxis, in rare occasions. As with any herbal supplement, it is best to use small amounts to initially clock its effect, before regularly adding it to your regimen.

Rate this article
Average rating 4.0 out of 5.0 based on 55 user(s).
Read This Next:
Popular Articles