Hydrangea root is the rhizome of a common flower with a surprising number of health benefits.

What is Hydrangea Root?

Hydrangea root is a small grayish root derived from the hydrangea plant, scientifically known as Hydrangea arborescens L. Hydrangea plant is commonly known as wild hydrangea and seven barks. This second common name is due to the various layers of colored bark on the outside of the root. [1]

Native to North America and parts of Asia, hydrangea root has been culturally significant for thousands of years and was widely used in Native American traditional medicine. The flower and above ground parts are ornamental in nature, but the underground rhizome contains many of the active ingredients that make it a popular medicinal herb. Some of these active ingredients include alkaloids and other potent antioxidant compounds, such as saponins, quercetin, and kaempferol. While there are more than 75 different species of hydrangea throughout the world, the arborescens species is most commonly used for medicinal purposes in America, specifically for its immune-boosting properties. [2] 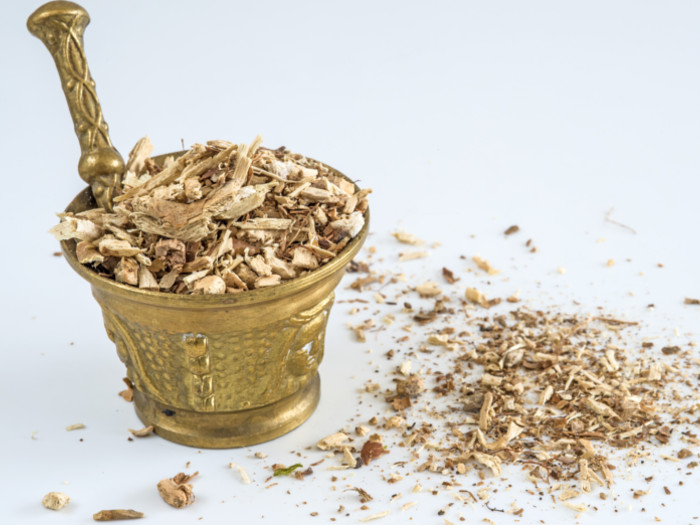 There are many benefits of using hydrangea root that include its ability to limit bladder infections, reduce inflammation, and prevent autoimmune diseases, among others.

There are a number of ways to use hydrangea root for medicinal purposes, but the most common one includes using the dried root in the form of a tea or mixed into a sugar syrup. It is available in the form of liquid extracts, tinctures in addition to powder and capsule forms. Make sure you speak to a doctor or trained herbalist before starting to consume it in any form. [5]

Despite the many benefits of this powerful herb, there are some side effects which you should be aware of. The most common ones include the following:

Intake of hydrangea root for extended periods of time, especially so for breastfeeding or pregnant women is not recommended. If you plan to use this herbal remedy for more than 2 to 3 days in a row, be sure to speak to a doctor. Furthermore, in terms of dosage, no more than 2 grams of dried root should be consumed on a given day. As always, use this herbal remedy in moderation to avoid any side effects.

Rate this article
Average rating 4.0 out of 5.0 based on 101 user(s).
Read This Next:
Popular Articles