What is Kava Root?

The kava plant is well-known throughout the world as a medicinal remedy, one of the rare plants that don’t actually have non-medicinal uses, such as a food source. The scientific name of this useful plant is Piper methysticum, [1] and it is also commonly called kava-kava. This plant is native to the Western Pacific region and those major island chains and has a variety of different traditional names there, such as in Hawaii and Tonga. The plant itself resembles a shrub, but the most useful part of the plant cannot be seen above ground. Kava root is packed with a range of organic compounds and specific nutrients that make the plant so valuable, including minerals, water, starch, dietary fiber, protein, and kavalactones. It is this final constituent that is accessed when preparing kava root for consumption.

The kava root is dried, pounded, ground, or chewed to release the chemical constituents from the root, and this is then quickly placed in water to “catch” the kavalactones in their starchy shell. Once these are mixed with water, the beverage is drunk as quickly as possible for the best possible effect. The taste isn’t necessarily pleasant, but nor is it foul. Most importantly, you’ll be able to enjoy a wide range of health benefits after drinking this decoction. There have been many varieties and strengths of kava root preparation throughout history, but they were all attempting to derive the same benefits. Now, let’s take a closer look at some of the health benefits of kava root. [2] 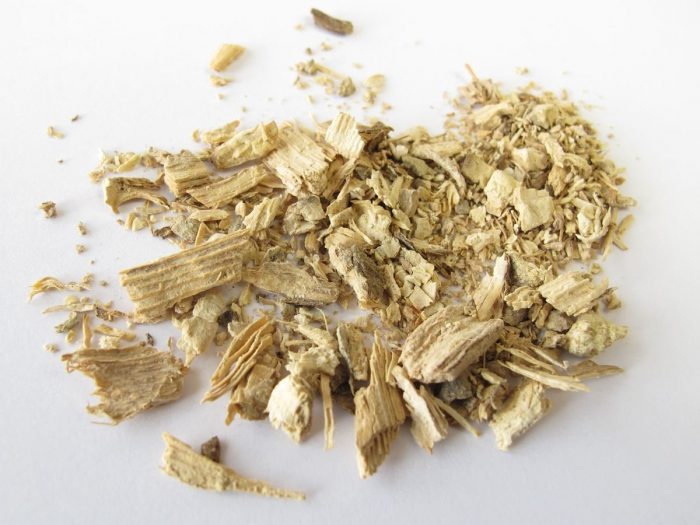 Health benefits of kava root include:

One of the most under-reported benefits of kava root is actually its anti-inflammatory and analgesic qualities. While these are mild in comparison to other effects, these might be the most widely needed by the general population. If you suffer from arthritis or have recently had surgery or an injury, then having a quick kava root decoction could be just what the doctor ordered to relieve inflammation and pain. [3]

The soothing quality of kava root, which is largely derived from its kavalactones, can have a major impact on your sleeping patterns and habits. If you tend to suffer from insomnia or restlessness while you sleep, why not try adding some kava root to your daily or weekly regimen? It can ease muscle tension and body aches, allowing you to find a comfortable position, while also soothing the mind and allowing you to drift off into uninterrupted sleep.

The anxiolytic effects of kava root are probably the most well-known and desired by users herbal practitioners. By managing the hormonal balance in the body and easing the release of stress hormones into the bloodstream, kava root extracts and decoctions can keep your body and mind feeling calm and content, not to mention eliminating the potential dangers of having too many stress hormones in your system! [4]

Although closely related to the other pain relief and inflammation benefit, kava root has also shown its efficacy against headaches and migraines, offering quick relief from those suffering from the conditions in laboratory tests. [5]

Brewing from the rootstock of kava has long been used in traditional medicine to prevent urinary tract infections. As these infections tend to come back quite often for some individuals, having a simple solution like a kava root decoction is a wise choice.

As women age, they enter a period of life called menopause, when they stop menstruating. However, this transition can be long and uncomfortable, including hot flashes, cramping, hormonal swings, and anxiety. Kava root has been tested positively in individuals going through menopause and has shown itself to be superior to placebo and over-the-counter menopause treatments. [6]

Antioxidants are powerful organic compounds that can help our bodies stay safe by eliminating or neutralizing free radicals around our systems. Free radicals are the dangerous byproducts of cellular respiration and can cause the mutation or apoptosis of healthy cells. This can lead to premature aging and other diseases. In terms of kava root, it has often been praised for its life-giving qualities, and studies have shown that free radical activity is decreased with kava root application, as the concentration of antioxidants is so high. [8]

Kava root is a popular tool to help people quit anything (alcohol, cigarettes, drugs, etc.), as it can help curb cravings and eliminate the anxiety so often caused when all you want in the world is a cigarette. Kava root decoction can calm the nerves when you are particularly desperate to break the promise to yourself. In other words, the kava root represents a major challenge to two globally dominant industries – cigarettes and anti-depressants. [9]

Side Effects of Kava Root

While kava root almost sounds too good to be true, there are a few considerations of which people should be aware of. You should not combine kava root with alcohol, as it is already quite potent and gives you a small “high” of energy and clarity when you drink it. If you are currently taking anxiolytics or anti-depressants, mixing them with this potent blend can be disorienting and unpleasant. [10]

Also, the use of kava is restricted/banned by some countries. That being said, before adding anything new to your typical health regimen, consult your doctor or a trained herbalist.

Rate this article
Average rating 3.9 out of 5.0 based on 161 user(s).
Read This Next:
Popular Articles