According to the Ministry of Agriculture, Food and Fisheries, British Columbia, the financial returns from organic dairy farming greatly depend on the demand for organic cow milk by consumers. This is even more important given the fact that the demand for organic milk has witnessed a great deal of fluctuations in the past few years. The supply from other producers also influences the price, and hence the profitability.

The Ministry advises the farmers to focus on the following:

Select an appropriate site for organic dairy production, as well as a proper design for the barn and storage facilities.

Ensure a market for the organic milk. Transporting milk to other cities where the price is higher can be beneficial. Therefore, different markets and marketing channels should be studied and explored to ensure sales and maximize profits.

Accurately track the costs (direct as well as indirect) involved in organic dairy production at the selected site. 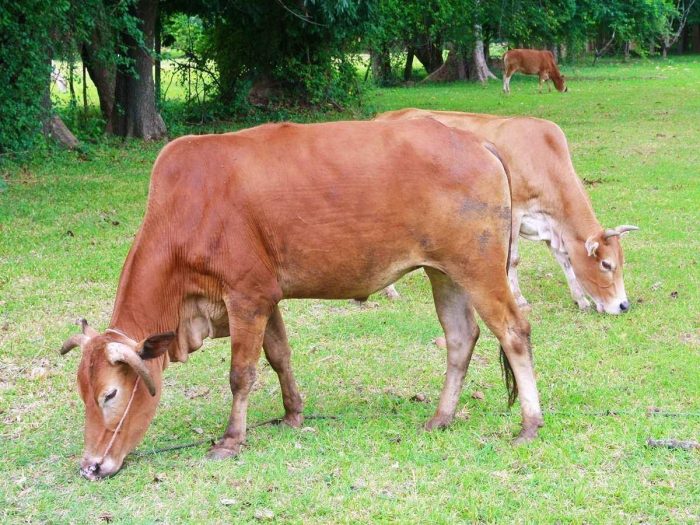 Increase milk production per cow and keep the cost of the feed as low as possible.

Farmers practicing organic dairy production will earn higher incomes than conventional milk production only if they fetch a higher price for the organic milk.

The Organic Center Wales, University of Wales Aberystwyth, has observed that the price of organic milk should be about 5-6 pounds higher per liter than the price of conventional milk.

In 2001-2002, numerous farmers were granted the organic certification for milk production, in the UK. As a result, the supply of organic milk increased drastically, while the demand increased at a slower pace. This resulted in the price of organic milk reducing, as a result of which, many farmers were not earning as much profit as conventional milk production would give them. Many farmers, over the past few years, are subsequently reluctant to venture into organic dairy production in the UK. [1]

However, now the demand has increased again and is increasing at a rate of over 30% per annum. To meet this demand, some companies are importing organic milk into the UK as a temporary solution. This surge in demand is attributed to greater awareness among consumers about the health benefits of organic milk.

The United States Department of Agriculture (USDA) has a National Organic Program, which issued a notification that herds in organic dairy farming should have access to open pastures. Thus, factory farms that confine the animals to a single place and feed them with organic feed do not qualify for organic labeling according to these new regulations. NOP’s notification on access to pastures is justified, given the fact that pasture-grazed cows have more CLA, Omega-3 fatty acids, and vitamins in their milk than fodder-fed cows. [2] [3]

The National Organic Standards Board has found that many organic milk manufacturers are violating the USDA guidelines and are labeling milk obtained from fodder-fed cows as organic. The board has therefore urged the USDA to implement the regulations pertaining to organic dairy production in a more stringent manner. [4]

The Ministry of Agriculture, Food and Fisheries in British Columbia has come forward to guide the farmers in this respect. It has provided guidelines for planning organic dairy farming on individual farms. Similar guidelines have been laid down by the Northeast Organic Farming Association of Vermont, Canada in its document titled “Guidelines for Dairy Farms Making the Transition to Certified Organic Milk Production”. [5]

According to the guidelines provided by the Ministry of Agriculture, Food and Fisheries in British Columbia, the various transition issues in organic milk production include the following: [6]

If you wish to practice organic dairy farming and wish to acquire the certified organic label, you have to carry out the following transitional activities:

Cattle: You should graze your cattle using organic feed for at least one year.

It is suggested that the organic cows should have access to field crops and pastures for at least 120 days per year. There should be no restriction on the animals for grazing, unless weather forces you to interfere.You should not graze your herd on land in which partially decomposed compost has been added.

The cattle feed should be certified organic feed. Additional minerals and vitamins fed to the herd should be obtained from organic sources. Antibiotics, drugs, genetically modified feed, hormones, and synthetically extracted, preserved, or colored feed types are strictly prohibited.

You may require about 20-30% more labor for carrying out various organic operations such as handling, composting, and herd health monitoring.

Hormones should not be used for reproductive purposes. Antibiotic treatment of milking animals should be followed by a 30-day withdrawal period. Cows that have mastitis problems for a long duration should be culled.

The organic dairy farm may require additional flushes for milking, as well as milk delivery equipment.

Rate this article
Average rating 4.7 out of 5.0 based on 3 user(s).
Popular Articles