Using a sesame oil substitute is necessary when you want a specific flavor in your dish, but don’t have any of this specialty oil on hand.

If you’re looking for a sesame oil substitute, look no further than the following:

However, sesame oil comes in both toasted and untoasted forms. These replacements below are appropriate for untoasted sesame oil, as that is a much lighter oil that is easier to replicate.

This is another light oil that is popular in Asian cuisine, just as sesame seed oil is. The savory flavor of peanut oil, without overwhelming the dish, makes it one of the best options as a sesame oil substitute. You can also replace sesame oil with peanut oil in equal amounts. [1] 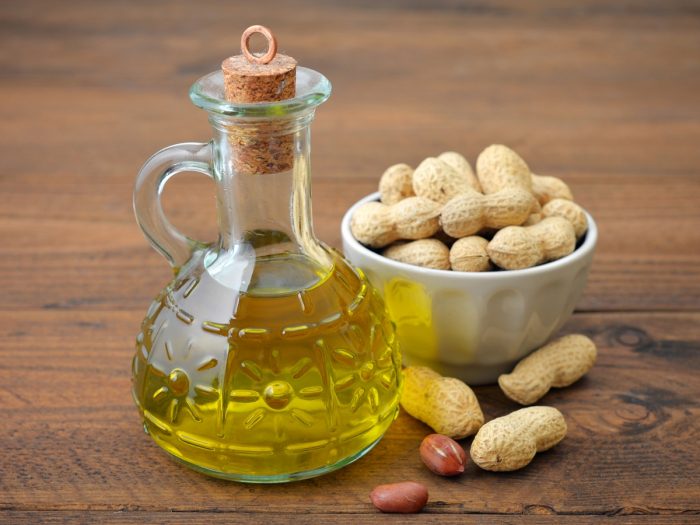 The best alternative for sesame oil is groundnut or peanut oil as both have a nutty flavor. Photo Credit: Shutterstock

Depending on the type of dish you are making, you can simply use sesame seeds, which impart a great deal of flavor when they’re included in sauces, stews, and curries, as well as meat and vegetable dishes. However, if you want to fry or cook something in sesame oil, these seeds obviously aren’t a viable option. [2]

Similarly to sesame seeds, the flavor of peanut is so powerful that even adding some of these nuts to a dish can replace the flavor of sesame oil. In many cases, recipes simply want to drizzle sesame oil over the finished product for flavor; instead of that, toss in half a handful of peanuts and you’ll be surprised at how much the flavor cuts through. [3]

Perhaps the most accessible and effective replacement for sesame oil is olive oil – the lighter the better. Extra virgin olive oil provides a different flavor to your dishes, but it still works great as a sesame oil substitute. [4]

Rate this article
Average rating 3.8 out of 5.0 based on 13 user(s).
Read This Next:
Popular Articles