Angelica, a towering shrub with showy white flowers, is used to flavor your martini and for a wide variety of health issues.

Angelica is a biennial shrub that grows well in northern climates. All parts of this plant are edible. The root and seed of the plant are used medicinally, while the leaves are often used to make an herbal tea. The musky sweetness of Angelica is a popular flavoring for many traditional alcohols, such as vermouth, gin, and Chartreuse.

While the plant itself is not poisonous, except in large doses, it is a member of the same family as the extremely poisonous hemlock, and even looks similar, which can be a costly – or even fatal – mistake. 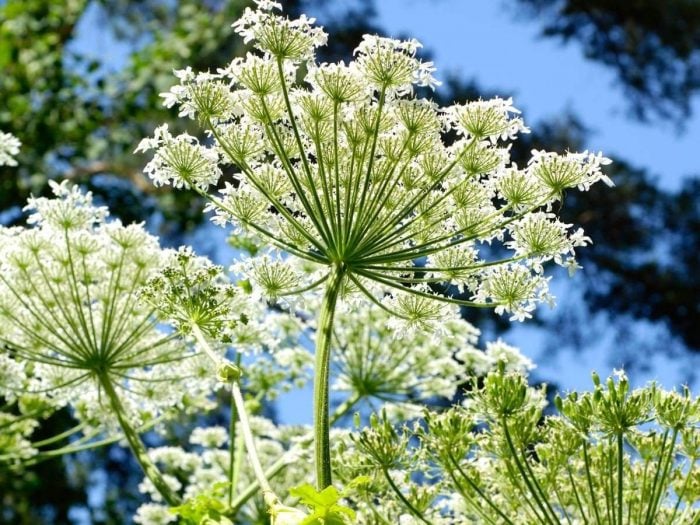 Angelica may have applications in treating epilepsy and anxiety. Photo Credit: Shutterstock

Once used as a tonic to prevent the bubonic plague in medieval Europe, this herb is still widely used in herbal medicines, and while it probably won’t keep the plague away, it will treat a variety of disorders. [1]

Thanks to its antibacterial qualities, it is approved by the German government as a treatment for the following: [2]

The root of this herb is used as an herbal treatment for the following:

The leaves of Angelica are used topically to treat the following:

Angelica is also a popular treatment for the following: [3]

Research is still ongoing on it anticancer and antioxidant potentials.

There are many popular uses of this herb, let us take a look at them.

Since Angelica does affect menstrual issues, women who are pregnant or breastfeeding should avoid taking it, as it may cause bleeding or complications with your pregnancy. Angelica can be toxic in large doses and may cause photosensitivity, so pay attention to how your body reacts before making it a normal part of your health regimen. [5]

Rate this article
Average rating 3.6 out of 5.0 based on 19 user(s).
Read This Next:
Popular Articles