Ballerina tea is the latest herbal tea product that promises to help you shed pounds and get a dancer’s body. Branded as a dieter’s tea, Ballerina tea is not a traditional tea but a herbal infusion of herbs and spices that have a detoxifying effect on the body. So does this tea really aid in weight loss? Let’s find out.

What Is Ballerina Tea?

Ballerina tea, also known as 3 Ballerina tea, is a potent herbal tea made with senna (Cassia Angustifolia) and Chinese mallow (Malva verticillata). Both the herbs have laxative properties, which is why drinking this tea can mean long uncomfortable hours in the bathroom as the body gets rid of toxins and excess water. It is called Ballerina tea as the infusion is marketed as a weight-loss remedy that can make you as slim as a ballerina. The tea also contains cinnamon and lemon for an enhanced flavor. It may also contain Korean ginseng root. Popular brands of Ballerina Tea include Diet Tea for Men and Women, Three Ballerina and 3 Ballerina Tea – Dieters Tea.  [1] 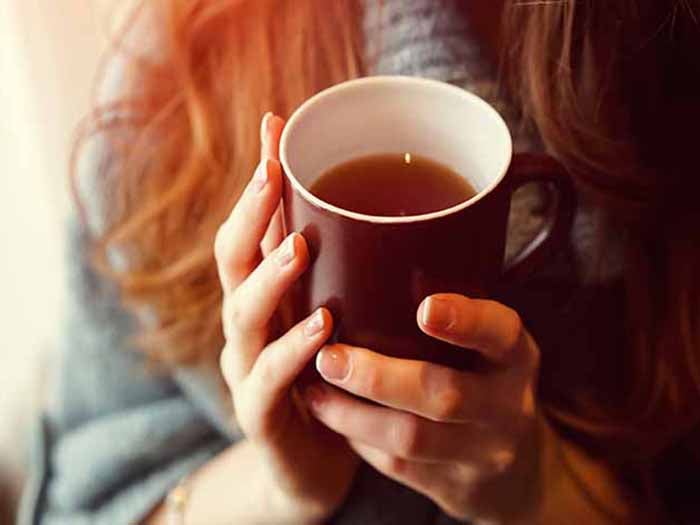 There are no research studies on Ballerina tea that can verify its ability to aid weight loss. However, let’s look at the evidence-backed health benefits of two components of the tea, which are senna and Chinese mallow.

Senna is approved by the USFDA as an over-the-counter laxative. It is sold online as well as in supermarkets as senna leaves tea and has been used as a remedy for constipation for centuries. A possible side effect of senna tea could be weight loss as the body naturally detoxifies itself. However, it does not have any known effect on fat percentages in the body. Similarly, Chinese mallow seeds and leaves have mucilage, polysaccharides, and flavonoids, which contribute to its laxative properties. Chinese mallow is often used in traditional Chinese medicine as well as Tibetan medicine for its detoxifying abilities. [2] [3]

Both, senna tea and Malva blends, are individually sold as weight loss teas but the loss of pounds come from a loss of water as well as the removal of toxins from the body. Laxatives cause water loss, which does not lead to long-term weight loss as revealed in a study published in the Drugs journal. Also, overuse of such products could lead to laxative abuse and a sudden weight gain can occur when the product is discontinued. [4]

So while Ballerina tea could be used as an all-natural remedy for constipation, it is not advisable to use it as a weight-loss remedy. Anecdotal evidence shows that the tea bag, when steeped according to package instructions, kicks into effect a cramping effect and helps cleanse the colon in 4 to 6 hours. The detoxifying effect can last for 2-3 days, which can be an uncomfortable experience.

A 2016 study published in the BMC Complementary and Alternative Medicine journal stated that senna has important flavonoids such as quercimeritin, scutellarein, and rutin. These flavonoids have antimicrobial, antioxidant, and anticancer properties. Chinese mallow leaves, seeds, and stem also have rich antioxidant properties. According to a 2018 study published in the Journal of Pharmaceutical and Biomedical Analysis, Chinese mallow can be used in nutraceuticals for its free radical scavenging ability. [5] [6]

Ballerina tea can be an antioxidant-rich caffeine alternative to tea and coffee. It is one of the few decaffeinated products that is sold as a weight-loss remedy. While studies are not available, consumers of the tea have reported feeling energized after using the tea due to its detoxifying nature.

The reported side effects of Ballerina tea include dehydration, headaches, nausea, and severe abdominal cramps. Regular use of this tea may lead to laxative abuse. People who become dependent on laxatives for weight loss end up with excessive weight gain in the long term. Pregnant or nursing women should not have Ballerina tea. It is not recommended for children below 12 years of age. It is advisable to consult your doctor before including laxatives or herbal infusions in your diet. [7]