There are many reasons why you may want to understand your body type, be it for the best work out plan that you should be following or for various other fitness goals. In this article, we talk about different body types. Let’s understand these body types in detail below.

While there is a wide-ranging possibility of beautiful shapes and sizes that the human body can have, there are three main characteristic-defining body types. As per a concept developed by psychologist William H. Sheldon in his 1940s book ‘Atlas of Men’, each one of us is ‘predetermined’ to have one of these three body types. They include ectomorph, endomorph, and mesomorph. The research for his book was mostly based on the nude pictures of Ivy League students back in the 40s and it was later considered to be a huge controversy, as was reported by The New York Times Magazine in 1995 in their article titled The Great Ivy League Nude Posture Photo Scandal.

Keeping the generalizations made by Sheldon apart, most of us fall into more than just one single body type and the theory of a predetermined body type is shunned by psychologists everywhere. This is also the reason why lately the taxonomy ‘somatotype’ developed by him is widely discredited. Another reason why it is discredited is because of its claim to shape your personality or destiny. Having said that, what holds true is the sectional segregation of body types into three broad categories, which may further be divided into an expansive list of shapes and sizes. 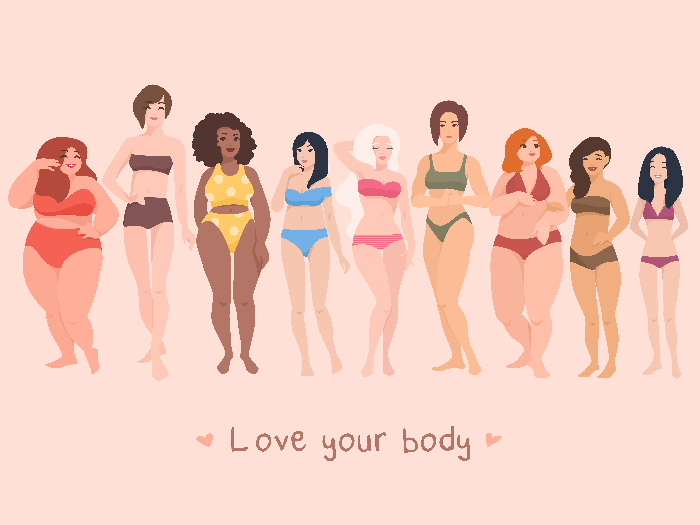 As mentioned already, the three main body types are ectomorph, endomorph, and mesomorph. We discuss them in detail below on the basis of their characteristics, exercising patterns, and diets.

A person with an ectomorph body type is characterized by a long and lean body frame, as per the National Academy of Sports Medicine. These people find it hard to gain weight or build muscle even after spending hours in the gym and this is due to their fast metabolism. They are known to excel at cardiovascular exercises, however, those are exactly the exercises they are recommended against when looking to lose weight.

If you are an ectomorph who wants to gain weight, do not pile up yourself on junk foods. Instead, add healthy proteins, carbs, and fats to your diet through meat, fish, brown rice, and nuts. According to the American Council of Exercise (ACE), you can pair this diet with intense and short gym routines, which include exercises for the large muscle groups like your glutes, hamstrings, and core. You can also have a snack right before hitting the bed at night, as this may help prevent muscle catabolism.

The typical characteristics of an endomorph type is a stocky and wider body – in other words, a softer and rounder body. They have a tendency to store both muscles and fats in the lower halves of their bodies, as per the Teacher’s Corner of the University of Houston. An endomorph body type is also known to have the highest level of strength out of the three body types. However, they often find it difficult to stay lean because of their slow metabolism – and this also puts them at risk of various diseases, as per a study published in the journal Reviews of Environmental Health.

If you are an endomorph, there is a chance that you struggle to lose weight and for that health and fitness experts suggest exercising more – this should involve cardio – so you may want to make running a part of your daily routine. You can also try high-intensity exercises like HIIT, CrossFit, weight training, or moderate endurance training. When it comes to food and dietary choices, you should stick to eating quality fats and proteins, and cutting down on the carbs. The American Council of Exercise also recommends a Paleo-like diet for endomorphs. 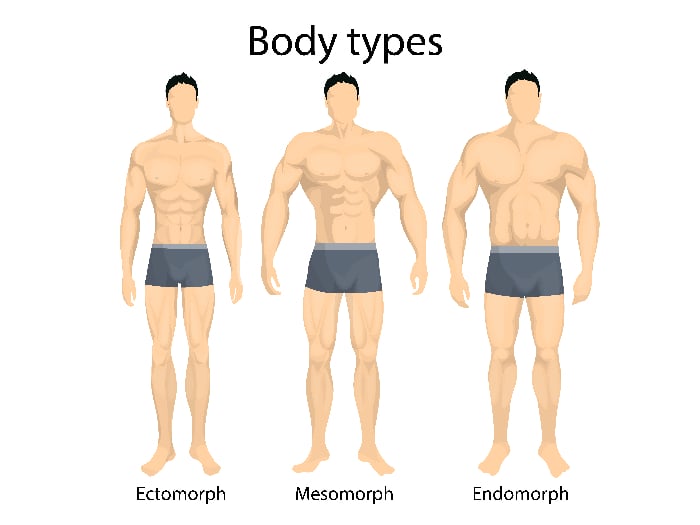 As per the National Academy of Sports Medicine, people with the mesomorph body type are both lean and muscular and fall somewhere between the other two body types that are ectomorph and endomorph. With wider shoulders and a narrow waist, they form a naturally athletic build. They are the ones who find it easy to build muscles and shed extra pounds.

To achieve those abs and biceps, mesomorphs do not need to exercise extensively or lift really heavy-weights. They can achieve their desired body built by just moderate lifting and exercise. The American Council of Exercise recommends them to go for more cardio-based exercises such as aerobics. When it comes to diet, they should add a lot of calories and protein-based foods to their routine. An ideal diet for endomorphs should have vegetables, fruits, carbs, and proteins in equal proportions.

As discussed earlier, it is important to understand that no one person falls in exactly one of these body types. There are those who are ecto-endomorphs, meso-ectomorphs and more. Besides, there is no one size fits all, so for a proper dietary and fitness plan, you should consult a health expert who can help you with a detailed plan based on your body type.