The most interesting health benefits of ivy include its ability to reduce inflammation, eliminate congestion, speed healing, soothe the stomach, increase oxygenation of the body, boost the immune system, and heal the skin.

Ivy is the common name of an entire genus of plants called Hedera, which is primarily found throughout Europe, Asia, Northern Africa, and parts of the Pacific. There are approximately 15 species of ivy, which grow by crawling along the ground, until they reach a stable climbing surface, like a tree or a wall. At this point, the ivy can access sunlight more directly and can subsequently increase its growth rate. The leaves of ivy plants are not only ornamental, although they do look lovely on the sides of buildings, but also medicinal in nature. Its leaves have been used throughout traditional medicine from Europe to Asia for thousands of years, and have a very important place in history.

The leaves can be consumed or applied topically, while the extract from the leaves is commonly removed and used as a potent supplement or herbal treatment. Whether in tincture, poultice, tea, or infusion, you should be careful how much ivy you use, as the strong antioxidant and chemical components that give it health benefits can also be harmful if used in large quantities. Some of these substances include various saponins and polyyne, among other chemicals in smaller amounts, all of which impact the body in various ways.

Let’s take a closer look at the many health benefits of this plant.

One of the most well-known benefits of using ivy, particularly “English Ivy”, is for inflammation issues in the body. If you suffer from arthritis, gout, or rheumatism, you can either consume it in the form of tea or apply the leaves directly to the spot of inflammation. For people who experience discomfort and pain from an injury or surgery, topical application is recommended. This can heal internal inflammation as well, which has a variety of other applications in various bodily systems. 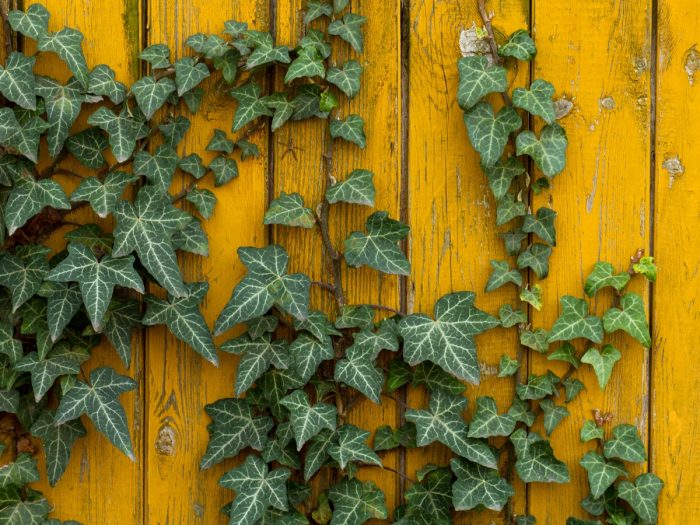 Ivy, any plant of the genus Hedera, with about five species of evergreen woody vines. Photo Credit: Shutterstock

Early studies showed a link between liver and gallbladder function and the use of ivy leaves; this helps the organs function better and release toxins from the body more effectively, thereby purifying the blood and reducing strain on these crucial systems.

For centuries, people have used ivy leaves to minimize the pain and infection of burning wounds on the skin. This also works for any open sores or wounds, as there are certain antibacterial properties of its leaves, in addition to the protective nature of the saponins found within the leaves. This can also help relieve the discomfort and irritation of psoriasis, eczema, acne, and other skin-related conditions.

Ivy leaves are commonly used to eliminate respiratory tract congestion and inflammation. They act as an expectorant and can break up the phlegm and mucus in the bronchial system. By eliminating these breeding grounds for pathogens and bacteria, you can improve your overall health and reduce your healing time from illness. This also makes ivy leaves an effective remedy for allergic reactions and asthma, as they reduce the inflammation of those passages.

Although research is still ongoing, the many properties that ivy leaves have displayed suggest a significant antioxidant activity, which also means that they may have the ability to prevent the spread or development of cancer. By eliminating free radicals and preventing mutation and apoptosis, ivy leaves may help protect the body from a wide range of chronic diseases, including cancer.

In addition to its antibacterial properties, ivy also has certain anthelmintic and antiparasitic qualities, making it ideal for eliminating intestinal worms and lice. You can clear out your bowels and also topically apply the extract or decoction to the hair for getting rid of those uncomfortable, itching lice as well!

Word of Caution: Some people have reported that direct contact with the skin results in irritation, so if you have sensitive skin, apply it moderately at first and see your reaction. Oral consumption has been deemed safe in most cases. However, if pregnant, avoid using ivy supplements or oils, as the potent mix of chemicals could be harmful. As always, speak with a medical professional or herbalist before making any major changes to your health regimen.

Nursing as a profession has evolved from women serving as wet-nurses to the present day where nurses make up over half of the world’s health workers. Marking…

While the closure of schools is unavoidable under physical distance measures now being undertaken across the world, it can also have some unintended effects.… 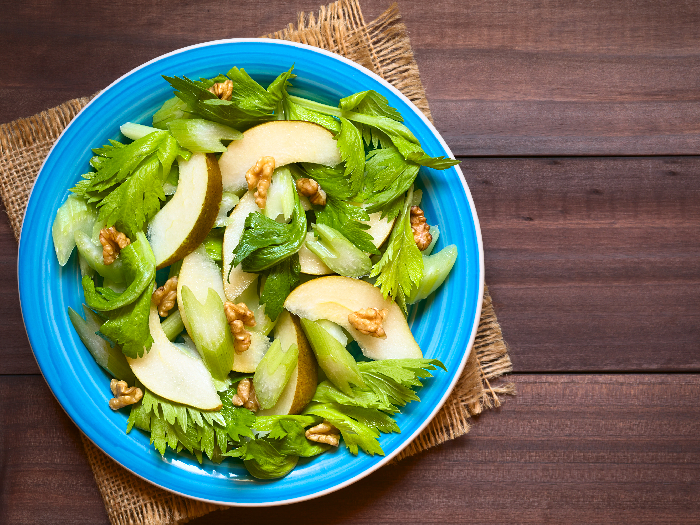 Celery Salad With Apples and Walnuts

The crisp pepperiness of the celery is balanced by the apple's sweet tartness. The walnuts give it crunch and texture. The zingy lemon dressing brings the celery salad alive.

Difference Between Yams and Sweet Potatoes

Most of the yams you find on supermarket shelves are actually sweet potatoes. However, there is a marked difference between the two. They are two completely different tubers.

Chicken Soup Recipe For The Soul

Chicken Soup Recipe. In a large saucepan, add water, chicken, black pepper, & coarse salt and bring to a boil. With the help of a slotted spoon or skimmer, remove the foam.