If you don’t have bread flour on hand or are trying to reduce gluten intake in your diet, there are some substitutions that give different results but are also very satisfying. Bread flour is a rather delicate and specific ingredient, so don’t be surprised if the flavor, consistency and general quality of your dishes don’t quite match up to the original.

Bread flour is flour that is ground from wheat with a high protein content. When the proteins are mixed with water, they form gluten. Gluten forms in long strands, and when mixed and kneaded, these strands create elasticity in the dough. Gluten strands hold strong against heat and fermentation and keep in the air as the dough rises. A fluffy, chewy loaf of bread owes its texture almost entirely to gluten. [1]

Knowing the bread flour substitutes can help you turn your kitchen into a delicious chemistry lab. The best substitutes include all-purpose flour, whole wheat flour, gluten-free flour blends, and nut, grain, and legume flours among others. 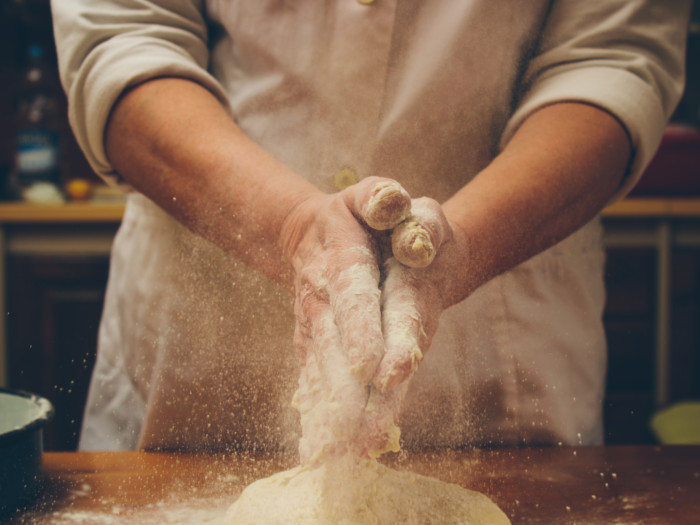 Bread flour is a high-protein flour that becomes chewy and airy in texture when baked. Photo Credit: Shutterstock

Often abbreviated to ‘AP’, the name really says it all. This catch-all wheat flour will taste the same as bread flour, but the final texture will be softer and less chewy.

Whole wheat flour has not been bleached or had any parts of the wheat grain removed. It has high levels of fiber, iron, and calcium, as well as a nuttier taste than white flours. This flour will not absorb as much water and therefore won’t produce as much gluten, so only use 25-50% whole wheat flour in your recipe. The result will be denser and the bread will rise noticeably less.

Many companies now make non-wheat flours that are available at nearly every health food store and many traditional groceries. These are usually a blend of chickpea, tapioca, and rice flours and can be used anywhere that AP flour is called for. You will likely need to adjust the amount of liquid in the recipe, as well as baking time, and you should expect a denser, flatter result with a different flavor and aroma. [2] 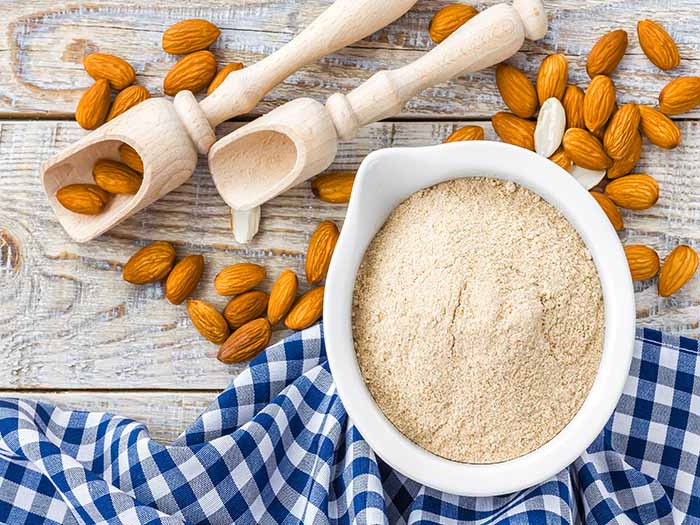 The most popular substitutes for wheat flour are rice flour, chickpea flour, and almond flour. When baking with anything other than wheat flour, remember this is science at work. None of these alternatives produce compounds similar to gluten, which means they won’t knead, rise, or bake in the same way. Allow twice as much time to beat or knead your mixture. They will need more time to rise, and likely a longer baking time as well. [3]

Any alternative to bread flour will look, taste, and feel very different, but there’s nothing wrong with that. Experiment and find what works best for you!