There has long been a debate about canola oil vs vegetable oil, and while both have certain advantages, it is important to understand how these two popular oils are different.

When deciding whether to use canola oil or vegetable oil in your cooking, there are a number of factors to consider. 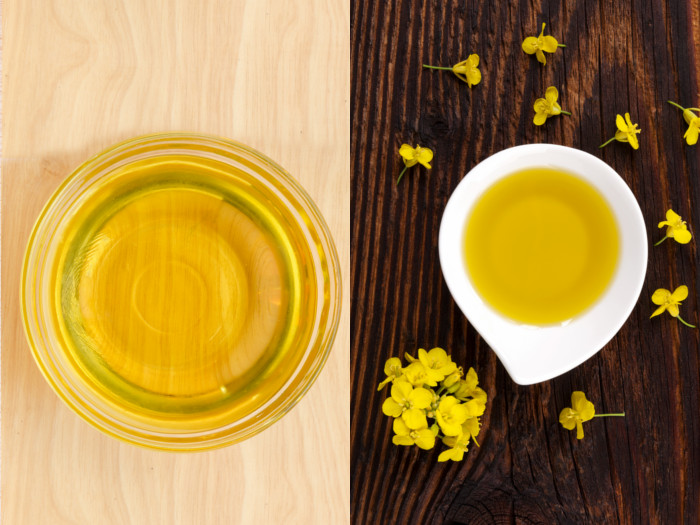 One thing to remember about canola oil is that is doesn’t come from a natural plant, in most cases, but in a crossbreeding situation, one that often includes genetic modification. In turn, this means that the plant may be sprayed with various pesticides or chemicals throughout its development. [5]

Which is Better For You?

Generally speaking, canola oil is considered healthier than vegetable oil, since the latter often has higher levels of saturated fat and is more commonly hydrogenated. Vegetable oil also doesn’t hold the flavor of foods particularly well and is commonly seen as a tool in a recipe, rather than an ingredient. The best advice is to choose even healthier oils than these types, such as avocado oil, extra virgin olive oil, grapeseed oil or sesame oil, both for their flavor and nutrient composition. [6]

How to Store Cooking Oils

Cooking oils often go rancid when they are exposed to oxygen and this leads to a foul smell and bad taste. Hence, it is important to know how to store oils.

Note: Usually, cooking oils have a shelflife of about three to five months, so make sure to buy and use these oils accordingly.

Rate this article
Average rating 3.6 out of 5.0 based on 4 user(s).
Read This Next:
Popular Articles