Cassia cinnamon is found everywhere in America, but is sometimes disparaged by chefs and bakers alike, but does cassia deserve such a negative reputation?

What is Cassia Cinnamon?

Cassia cinnamon is a close relative of Ceylon cinnamon and is the dried inner bark of the Cassia tree. Its leaves are glabrous and oblong in shape according to Cinnamon and Cassia, a book written by P. Ravindran, M. Shylaja, and K. Nirmal Babu. It is sold in sticks or ground into a powder, and has a sweet and savory taste, as well as a spicy aroma. [1]

Cinnamon is the dried bark of trees in the Cinnamomum family. All the different varieties of cinnamon are native to East Asia and are categorized by their region of origin. Now let’s take a look at the differences between the two varieties. 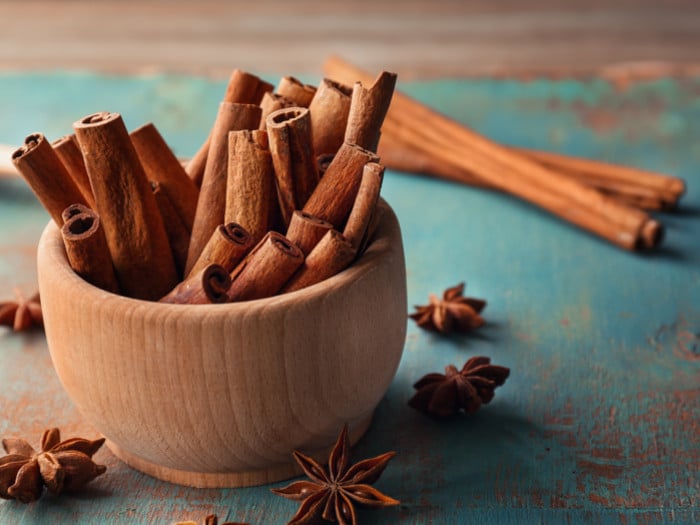 Some say that Cassia cinnamon is sub-par, while others find its bold flavors perfect for their culinary needs. The bottom line is that for home cooking and baking, most people find the differences negligible. Cassia is significantly cheaper than Ceylon cinnamon, and some do not find Ceylon to be worth the extra expense.

You can add a dash of this cinnamon to fresh ground coffee or smoothies, stir a whole stick into tea or a hot toddy, or sprinkle the powder over cookies or the classic comfort food: cinnamon toast.

There are a number of health benefits that have been associated with this variety of cinnamon:

According to research published in the Chinese Journal of Integrative Medicine, “diabetes mellitus (DM) is a metabolic disorder caused by insufficient or inefficient insulin secretory response and it is characterized by increased blood glucose levels (hyperglycemia)”. Early research hints that the chemicals in cinnamon may help people with diabetes by improving insulin sensitivity and increasing blood sugar uptake. [3] [4]

Another study published in the Korean Nutrition Society in 2017 suggested that this cinnamon variety helped in postprandial glucose regulation. [5]

This spice has long been used to help a wide variety of gastrointestinal ailments, ranging from nausea and cramping to excess gas.

Traditional applications of this spice include its use as a remedy for the common cold, as it is believed to stimulate the immune system in a number of ways. [6]

Cassia Cinnamon contains the chemical coumarin, which has been linked to liver and kidney failure in high doses according to a research published in the University of Missisippi. You would need to ingest over 1.5 teaspoons per day overtime for any risk of toxicity, which is far above a normal dietary amount. Adding dashes of cinnamon to your diet is considered safe for otherwise healthy people. [7]