Ephedra sinica is the scientific name of the plant from which the substance known as ephedra is derived. Commonly known by dozens of names around the world, perhaps most famously as ma huang in China, this medicinal extract has been in use for more than 2,000 years. It has recently come into popularity once again due to its potential for the weight loss and bodybuilding community, but there are many medicinal applications of ephedra that make it a valuable asset for anyone looking to boost their overall health. It can be consumed as a tea by brewing the plant, but the most popular way of consuming this herb is now through pill supplements. However, due to its possible “drug-like” effects, it has been banned in many countries and is not allowed to be used in many professional sports. If smoked, this plant can have hallucinogenic or narcotic effects, but this can also be quite dangerous. Depending on your country of residence or profession, be careful with how you use or acquire ephedra or ephedrine. [1]

There is great controversy about the use of ephedra, and some specialists actually suggest that it can be dangerous. However, for more than two millennia, healthy small doses of ephedra have been effectively used as a traditional remedy for a wide range of disorders and health concerns. Now, let’s take a closer look at some of these health benefits of ephedra. [2] 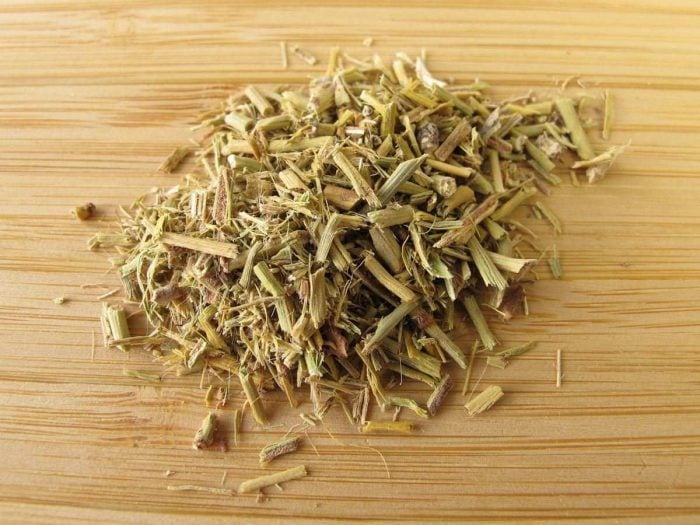 Ephedra is a medicinal preparation from the plant Ephedra sinica. Photo Credit: Shutterstock

Health benefits of ephedra include:

The main use of ephedra in popular culture is as an energy booster, but that name can be slightly deceptive. Ephedra and its active compound ephedrine, stimulate the heart and increase blood flow, which energizes the body and keeps muscles fresh with blood and oxygen. This can also be dangerous, however, as it can potentially put the strain on the heart if a person is already suffering from certain heart conditions. [3]

The huge rise in popularity of ephedra is related to its effects on weight loss and working out. When people are looking for a fast way to lose weight, even if they aren’t particularly active, it presents a unique solution. It stimulates the metabolism, which increases fat-burning. Some people use it without any physical component, which can put additional strain on the body’s system. However, the supplement’s popularity hasn’t waned in certain countries, despite the controversy. [4]

If you suffer from chronic fatigue or are someone who experiences insomnia, resulting in exhaustion the next day, an ephedra supplement can help to temporarily increase your energy levels and prevent fatigue from keeping you active and engaged with your day. This should only be used in small amounts, and not in the same way as you might turn to a daily cup of coffee. [5]

There have been certain studies that have linked ephedra to increased cognition. This is mainly due to the increased blood flow to the brain and other important organs, optimizing neural processing and keeping our brains “fresh”. The benefits of this drug on cognition must be balanced against the other potential dangers, and again, should not be a regularly consumed supplement. [6]

When it comes to the common cold and the flu, a cure always seems to be just out of reach. There are certain steroidal properties to ephedra that make it an effective booster for the immune system. While this shouldn’t be used as a constant preventative medicine, some people and studies have argued that taking it in the onset stages of illness can help prevent full-blown sickness or quicken healing time. [7]

Ephedra can help to reduce inflammation of mucous membranes in the body, particularly in the respiratory tract, which makes it quite effective in preventing asthmatic attacks and wheezing. By allowing for clear passage of air to the lungs, it can alleviate these common respiratory conditions that affect millions of people. [8]

Although most people are concerned about lowering their blood pressure, there are those that suffer from hypotension, which can be just as dangerous in its own way. By adding ephedra to your herbal remedy regimen, you can successfully boost your heart health and blood pressure. You should always speak to a medical professional before using an herbal remedy to affect something as important as cardiovascular regularity. [9]

Word of Caution: There is a controversy around the use of ephedra as well as its extracts so it is best to do your due diligence and then speak candidly with a medical professional. In some applications, it is appropriate, but not in others. Do not attempt to make that decision for yourself, as the side effects can be quite serious. Negative responses to ephedra include headaches, nervousness, vomiting, heart attacks, and even death in the most extreme cases. [10]

Rate this article
Average rating 4.0 out of 5.0 based on 80 user(s).
Read This Next:
Popular Articles